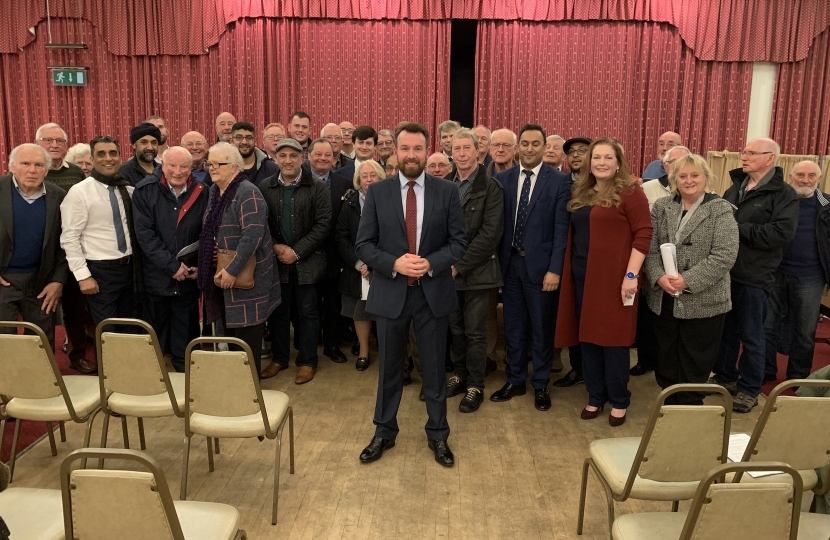 Stuart Anderson has been selected as the Conservative candidate for Wolverhampton South West for the next General Election.

Married with four children, Stuart is an army veteran who overcame the trauma of getting shot during active service to become the founder and CEO of a travel safety technology company. He was selected by members of the Wolverhampton Conservative Association last night (Tuesday, 18 December).

A councillor in Herefordshire and community volunteer, Stuart will campaign to regain the seat lost at the 2015 General Election.

His campaign will focus on delivering sustainable growth and the right type of housing for local people. Championing NHS services, especially the provision of mental health. And backing local businesses the backbone of the UK economy, to create good jobs across the constituency.

“I am delighted to be selected as the Conservative candidate for Wolverhampton South West,” Stuart said.

“Only the Conservatives can build a country that works for everyone with a stronger, fair economy and a more caring society. I want to become MP for Wolverhampton South West to help make the area an even better place to live, work and raise a family.” he added.

Wolverhampton South West to benefit from upgraded facilities to improve the education of children
Wolverhampton to receive at least an additional £500,000 to spend on projects such as improvements to parks, high streets, or transport links.