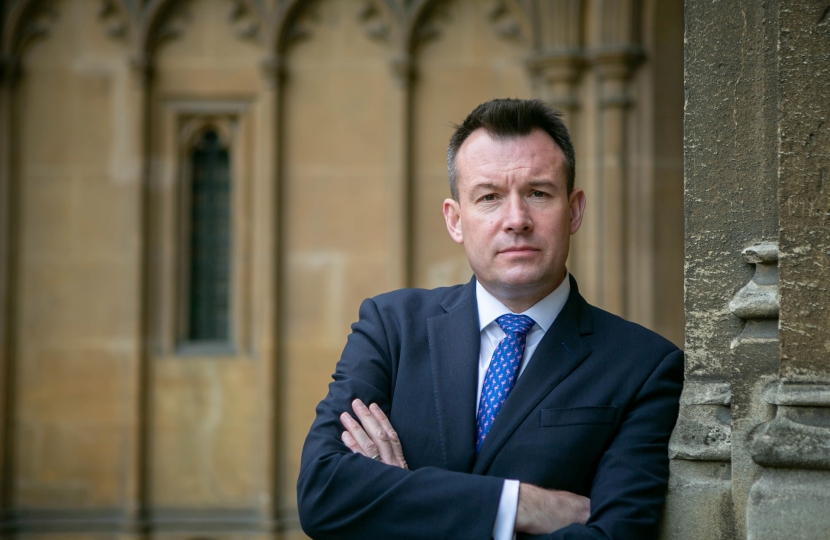 Stuart Anderson MP has called on the Government to make the Armed Forces more inclusive and tackle all forms of bullying, harassment, and discrimination. It comes as a new report, co-authored by Stuart and fellow members of the Defence Sub-Committee on Women in the Armed Forces, found that military women continue to face additional and unique challenges which the Government must address.

Stuart has been a member of the Sub-Committee since it was convened last December. The report is the first of its kind, with the Ministry of Defence lifting the usual restrictions that prevent service personnel from contributing to inquiries. There are over 20,000 servicewomen in the Armed Forces. The inquiry heard from 4,106 women, of whom 1,637 were serving personnel and 2,469 were veterans.

Since 2018, women have been able to serve at all levels. Other initiatives have seen the introduction of a flexible service offer, childcare schemes, and new helpline to tackle bullying. Yet, the Committee’s report finds that the Government is still failing to protect women. While nearly 90 percent recommend the Armed Forces as a career, around 84 percent reported that women face additional challenges relative to male counterparts. Nearly 62% experienced bullying, harassment, and discrimination, including sexual assault. Around six in 10 did not report it. The inquiry heard repeated examples of senior ranks not responding appropriately or even engaging in these behaviours. Nearly 40% of 993 military women said their experiences of the complaints system was “extremely poor.” Over half of veteran respondents said that their needs were not being met and they were not understood by civilian employers.

The report also found thousands of women are at risk due to basic failures in uniform, equipment, and lack of access to sanitary products. In April, two days after the Committee took evidence on this, the Government announced that sanitary products would be provided to female personnel deployed abroad. The Committee has called on the Government to do even more to ensure women are treated fairly. It wants a reporting and investigation system outside the Chain of Command and greater accountability in the complaints process with annual surveys, data on how complaints are dealt with, and recommendations of the Service Complaints Ombudsman to be binding. The Committee has urged the Government to roll out female-appropriate uniform and wraparound childcare by the end of 2022, consider female-specific health needs, fund specialist support services, ensure veterans benefit fully from services and celebrate female veterans, through memorials, blue plaques and veteran networks.

Chair of the Sub-Committee and female veteran, Sarah Atherton MP, said: “Women are integral to our military’s success and our country’s security, yet women in the Armed Forces carry additional burdens to that of their male colleagues… As a veteran myself, it was important that we undertook this ground-breaking piece of work, the first of its kind... I am extremely grateful to those women who came forward. Your voices have been heard.”

Stuart Anderson MP said: “As a veteran, I know that serving in our Armed Forces can at times be very demanding. Our survey unearthed the unique and additional challenges faced by women. Despite notable exceptions, there are very few specialised support services for female veterans. We are calling on the Government to make it a priority to deliver the necessary changes and to deliver better support for female personnel. This will not only strengthen our effectiveness, but ensure that the British values of fairness, equality, and justice are reflected throughout the Armed Forces.”