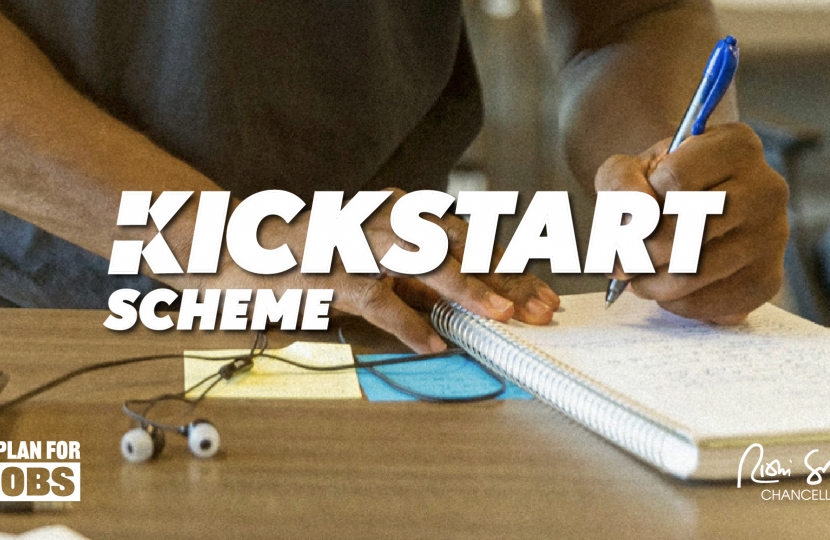 Stuart Anderson MP has welcomed the Government’s landmark new Kickstart scheme and called on local employers to sign up and help young people into work to mark the opening of the initiative.

The £2 billion scheme has been designed to ensure young people at risk of long term unemployment have a future of opportunity and hope by creating quality, government-subsidised jobs across the UK, helping to spur the country’s economic recovery after the coronavirus pandemic.

Under the scheme, announced in June as part of the Government’s Plan for Jobs, employers that sign up will be able to offer youngsters aged 16-24 who are claiming Universal Credit a six-month work placement that is fully funded by the government.

This means the Government will pay 100 per cent of the young persons’ age-relevant National Minimum Wage, National Insurance and pension contributions for 25 hours a week, which the employer can top up if they chose to. In addition, the Government will also pay the employer £1500 for each young person they take on, to support any training or associated costs like uniforms that they might incur when setting up the scheme.

The scheme will initially be open until December 2021, but there is the option for it to be extended. Young people will be referred into the new roles through their Jobcentre Plus work coach with the first Kickstarts expected to begin at the start of November. You can download an employer's guide to the scheme at the bottom of this webpage and further information online at https://www.gov.uk/government/collections/kickstart-scheme

Commenting, Stuart Anderson MP said: “The Government’s £2 billion Kickstart scheme launches today and I’m calling on local employers across Wolverhampton South West to sign up to provide Kickstart jobs. We cannot allow young people to be left behind as a result of the coronavirus pandemic, and schemes like this will be vital for creating jobs and giving young people the skills to access them. I’m delighted that the Government are putting young people are the heart of its plans to build back stronger after the pandemic, and hope as many as possible in Wolverhampton South West are able to take part.”

Commenting, Chancellor of the Exchequer Rishi Sunak said: “This isn’t just about kickstarting our country’s economy – it is an opportunity to kickstart the careers of thousands of young people who could otherwise be left behind as a result of the pandemic. The scheme will open the door to a brighter future for a new generation and ensure the UK bounces back stronger as a country.”

Commenting, Work and Pensions Secretary Therese Coffey said: “Kickstart is the most ambitious youth employment programme in this country’s history, with an unlimited number of placements available and a commitment by this government to pay every Kickstarter’s wages for six months.  We are putting young people at the heart of our recovery by investing in potential, opening up opportunities and harnessing hope. Together we will build back better, come back stronger and look forward to a prosperous future. Employers should sign up today.”