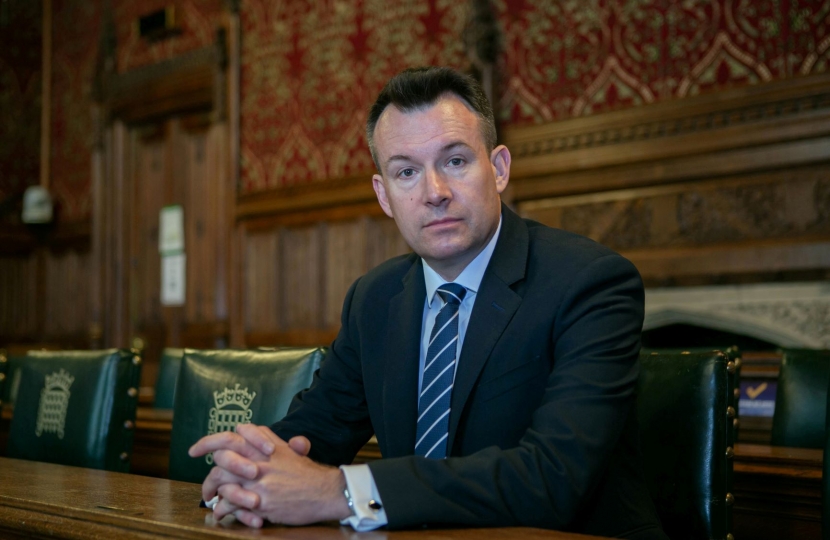 Stuart Anderson MP has called on the Government to use its presidency of the G7 to demonstrate global leadership and coordinate a joint response to tensions at the border between Russia and Ukraine. It comes amid fears of another Russian invasion of Ukraine. As a member of the influential Defence Select Committee, Stuart has called on the Government to ensure that long-term support is in place to strengthen Ukraine’s capabilities.

Fighting began in 2014, after Russia’s annexation of the Crimean Peninsula led to the uprising by pro-Russian separatist forces in the Donbas region of Ukraine. Over 13,000 people have died in the conflict and more than 1.5 million people have been displaced. Despite a negotiated settlement in February 2015 and another agreement in July 2020, the conflict in the region remains unresolved.

Since late March, Russia has been moving troops and large quantities of military equipment to the Crimea, Voronezh, and Rostov regions near the Ukrainian border. Russia has insisted that it has no plans to attack Ukraine and has the right to train and station troops near its borders. Yet, Russia has refused to meet with President Zelensky at talks in the Donbas region, offering instead a meeting in Moscow, and has refused to provide reasons for its actions to Ukraine through talks facilitated by the Organization for Security and Co-operation in Europe. Moreover, its commitment to withdraw all troops from the border by the 1st of May was not met.

The UK and NATO allies have appealed for a de-escalation of tension and are supporting Ukraine by calling on Russia to abide by its international obligations. In Ukraine, the UK has invested in a training exercise that runs until 2023 and has already trained over 20,000 troops in medicine, logistics, planning, leadership and infantry skills. The report finds that Ukraine is now better equipped than it was in 2014 and has responded to the recent events with restraint, has sought to resolve the situation through political and diplomatic channels. The report adds that significant lessons have been learnt from the Georgia crisis in 2008 and the Ukraine crisis in 2014, namely that the “international response must be decisive and unanimous in the face of Russian aggression.”

The Defence Select Committee has raised concerns about the underlying nature of Russia’s actions. They find that Russia is using its military to pressure the Ukrainian Government to make concessions in the political settlements for the Donbas and to test Western allies’ resolve to help Ukraine. The report calls on the UK to extend its support for Ukraine beyond 2023 and work with NATO to clarify its red lines and the appropriate action should Russia breach them. It also urges the Government to maximise efforts to help Ukraine meet NATO standards and refutes Russia’s stance that Ukrainian membership would threaten Russian security, adding that Russia’s own actions destabilise the region.

Stuart Anderson MP said: “The UK’s presidency of the G7 is an important opportunity to demonstrate global leadership in security, diplomacy, and conflict resolution. As members of the Defence Select Committee, we have called on the Government to support and encourage Ukraine to seek a peaceful resolution to the conflict with Russia. The UK should remain steadfast in its support for Ukraine's sovereignty and territorial integrity, and continue to work closely with Ukraine, NATO, and other allies to monitor the situation on the ground, share intelligence, and plan a coordinated approach for joint action to promote collective security in the region.”

Chair of the Defence Committee, Tobias Ellwood MP, said: “The UK Government must provide long-term material and diplomatic support for Ukraine… It is imperative that the UK Government work with Ukraine, its allies and NATO to promote peaceful resolutions between Russia and Ukraine. The West’s greatest defence is unity. Divided, Russia will reap the rewards.”

Stuart Anderson MP has called on the Government to double down on efforts to protect our environment and tackle climate change.