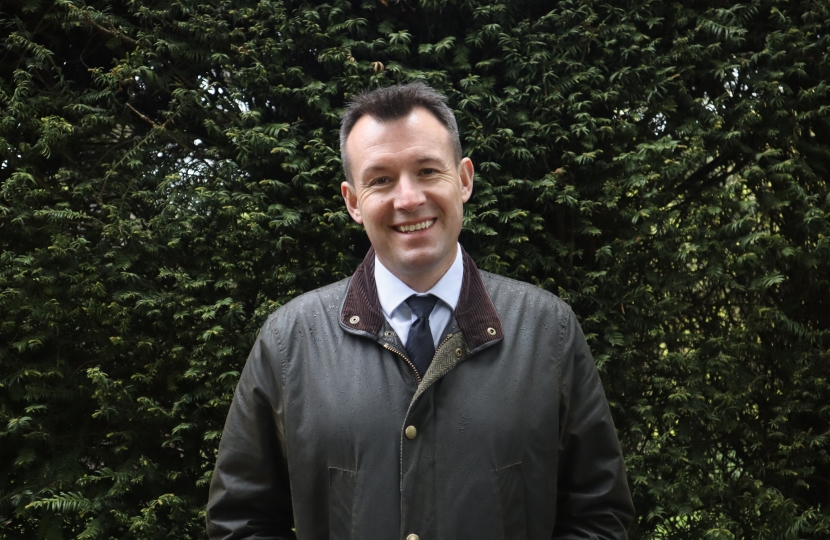 Stuart Anderson MP has called on the Government to double down on efforts to protect our environment and tackle climate change. It comes as he publishes the results of his local environment survey, which received 161 responses from constituents across Stuart’s constituency of Wolverhampton South West.

As a local MP, Stuart has made protecting our environment one of his top priorities. Wolverhampton has already secured over £1 million to develop active travel infrastructure, Stuart joined campaigners in voicing concerns about the need to protect our precious greenbelt, and was an early supporter of Philip Dunne’s Bill to clean up our rivers and waterways which has been adopted by the Government. Stuart wanted to go even further and ran a survey via his website for constituents to share their views.

53% of respondents said that they did not get enough information on environmental issues and how to help. 56 % of respondents said that they would like more information. Stuart is writing to everyone that left their contact details with further details of his campaign on this issue. He has published the findings and action plan on his website and has written to COP26 President Alok Sharma MP and Secretary of State for Environment, Food and Rural Affairs George Eustice MP to ensure that his constituents’ views are known.

Stuart Anderson MP said: "I believe passionately in protecting our natural environment. Along with tackling climate change, this is one of the most important issues of our generation. I want to do all that I can to ensure that the world we pass on to the next generation is greener and more sustainable. My constituents have made clear their desire to see brownfield sites considered first when it comes to building new homes and more access to green spaces delivered for local people.

With the UK hosting the 2021 United Nations Climate Change Conference (COP26) later this year, I am clear that 2021 must be the year of environmental ambition. Our effort must be a collaborative one which involves governments, businesses, and communities. I have asked the Government to double down on efforts in the run up to COP26 and I would encourage everyone to play their part.”