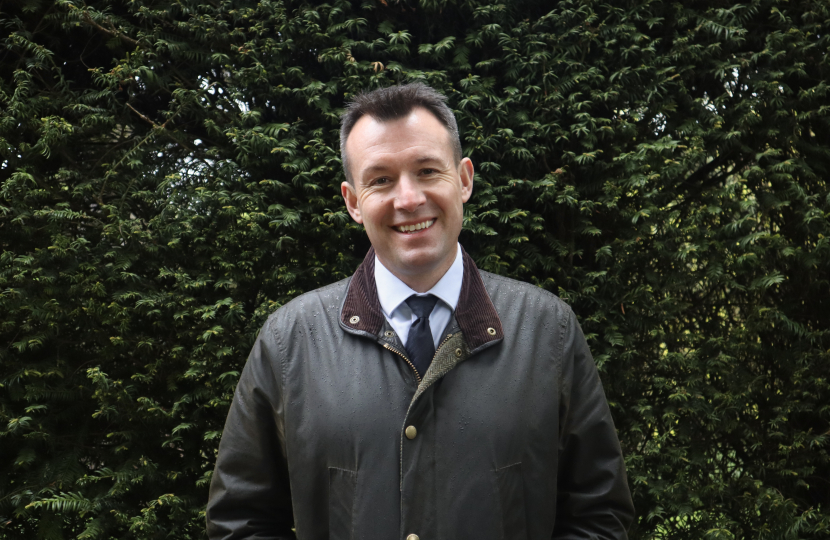 Stuart Anderson MP has called on the City of Wolverhampton Council to express its interest in receiving funding from the Government’s £9 million Levelling Up Parks Fund which has been announced today on the 1st of August 2022. Wolverhampton is one of the first local authority areas to have been offered the opportunity to opt in to receive a share of the Fund and to create a new or significantly refurbished local green space that is free to access for the community.

In his submission to the Spending Review last year, Stuart called on Ministers to create a new fund for community garden initiatives, including pocket parks and allotments, to connect more people with nature. He was thrilled when the Government announced £9 million for this initiative. Launched during Love Parks Week between the 29th and 5th of August 2022, Stuart has welcomed the Fund which will support councils through revenue and capital funding to create and sustain vibrant and inclusive green havens to socialise, volunteer, and exercise in. It will focus on the regeneration of green space as part of the Government's Levelling Up agenda and foster improved well-being and social integration. The Fund is set to create new and improved parks in 85 areas most deprived of outdoor space.

Now, Stuart has asked the City of Wolverhampton Council to take up the invitation and receive up to £85,000 to improve access to quality green space. It includes up to £47,500 to create or improve a local park, up to £18,500 in project and maintenance costs, and up to £19,000 for tree planting. Wolverhampton has been chosen due to having limited access to green space. Data from Natural England’s Green Infrastructure Mapping Tool has identified the city as one of the areas most in need of quality green space. It also ranks highly in the Index of Multiple Deprivation (IMD). If the Council opts out, the next eligible place ranked would be offered the grant.

Stuart has said that Wolverhampton’s participation in the programme would help to unlock multiple benefits for local people who would benefit from increased access to quality green space; being in walking distance from a green space can encourage an active lifestyle, result in cleaner air for residents, help people overcome loneliness and isolation, and drive social cohesion. Councils which accept the money will be expected to consult and engage with the community during project design and delivery stages wherever possible. They will be helped to transform local spaces into areas that the whole community can be proud of, including nature trails; tiny forests; natural play spaces; and community growing plots.

Stuart Anderson MP said: “Increased access to green spaces can deliver a wide range of positive benefits, including improved health and well-being and social integration. In my submission to the Spending Review last year, I called for a new fund to connect more people with nature. I was thrilled when the Government announced £9 million for a Levelling Up Parks Fund. As a constituency in which 87% of land is built on, many people quite rightly want to see the condition of local parks improved and more specialist playgrounds which cater for children with sensory needs. That is why I am calling on Wolverhampton Council to maximise the opportunities presented by this Fund to level up access to high quality green spaces for our residents.”

Secretary of State for Levelling Up Greg Clark MP said: “Parks and green spaces are at the heart of our communities, providing sanctuary from the bustling streets of our towns and cities and spaces for people to relax and come together. Over the past few years, the importance of spending time with loved ones and getting outdoors has become even more apparent, and this latest government funding will help people living in urban areas do just that.”

Stuart Anderson MP has welcomed extra funding from the Government’s Safer Streets Fund. The latest round of funding delivers £50 million for communities across England and Wales to take forward important evidence-based and innovative crime prevention initiatives.