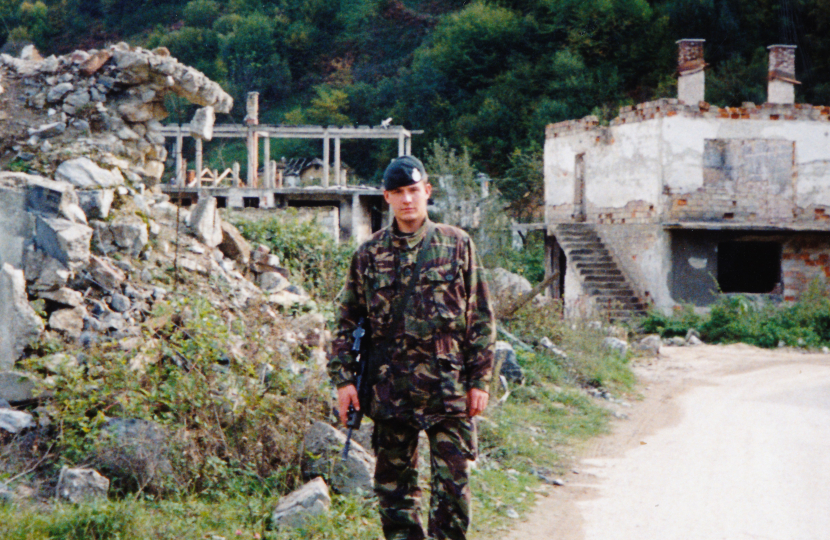 Stuart Anderson MP is celebrating the huge contribution that is made by the Armed Forces community, including serving personnel, veterans, and their families. It is part of Armed Forces Week, consisting of Armed Forces Day, which takes place on 25th of June following Reserves Day on the 22nd of June.

Now, Stuart has said that he wants to keep supporting veterans and the Armed Forces to ensure they are recognised and valued. In January, he welcomed the launch of the latest iteration of the Veterans Strategy Action Plan, which is backed by an extra £70 million. He is delighted that over a fifth of the commitments have already been completed. The Government has also introduced Op COURAGE, the bespoke mental health pathway for veterans in the NHS in England, backed by more than £17 million a year investment.

Stuart Anderson MP said: “Armed Forces Day is an important opportunity to celebrate the contribution made by the Armed Forces community around the world and in our own country. As a veteran, I am proud of their courage and dedication to keeping our country safe from hostile states. This is brought into sharp focus by Putin’s unjust war in Ukraine. It is our duty to ensure that those who have served our country receive the best possible care. As a local MP, I want to make sure that residents in the Forces community, including those still serving, veterans, and their families, get all of the support and services that they need. I would encourage everyone to find out more about Armed Forces Day.”

Constituents can find more information about support for veterans here.