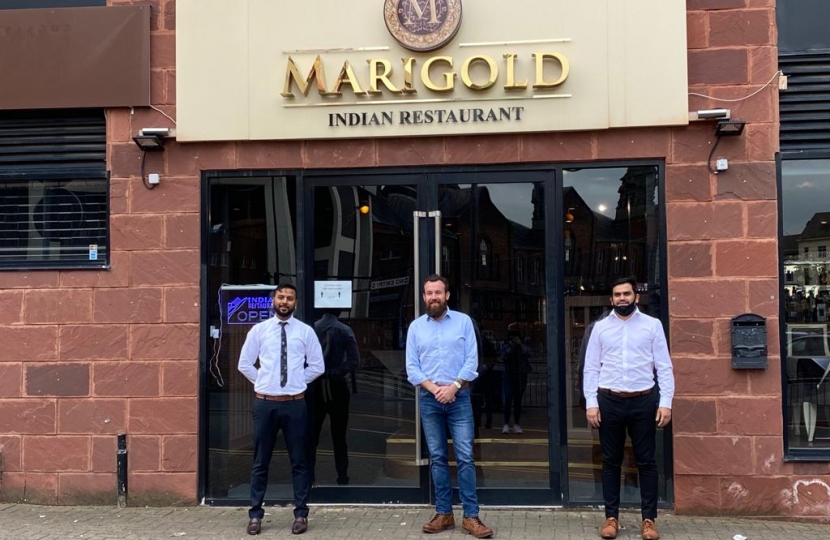 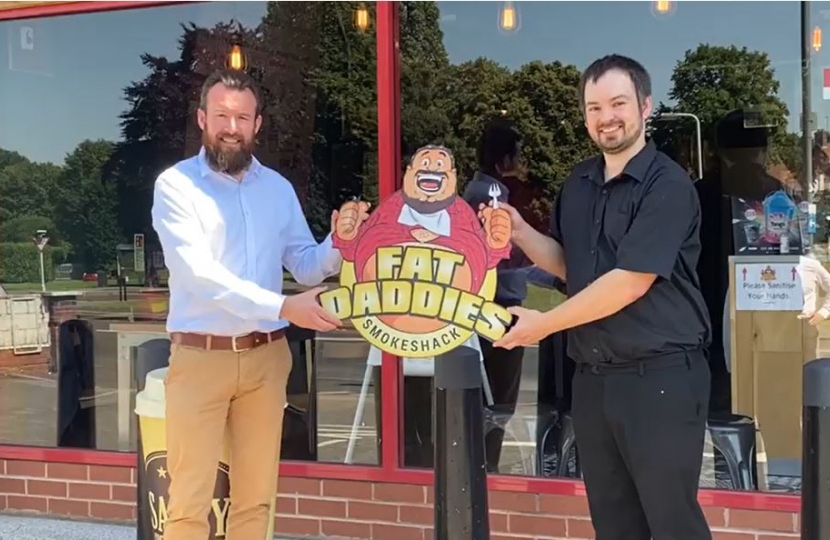 More than 66,000 meals were claimed in Wolverhampton South West under the Government’s Eat Out to Help Out scheme, according to the latest statistics.

In total, more than 100 million meals were claimed across the UK under the scheme, which ran throughout the month of August.  In total, 84,700 establishments signed up to the scheme, including 86 in Wolverhampton South West.

Both Stuart Anderson MP and Chancellor Rishi Sunak have hailed the success of the scheme, which was designed to support the hospitality industry after a challenging few months because of Coronavirus. The scheme is credited with helping retain 1.8 million jobs across the country, with restaurant bookings significantly up on the previous year. Data from OpenTable shows bookings increased by an average of 52 per cent on Mondays, Tuesdays and Wednesdays throughout the whole of August, compared to the same days in 2019.

Eat Out to Help Out was just one part of the Government’s Plan for Jobs – an ambitious £30 billion strategy to create, protect and support jobs as the country bounces back from coronavirus. From the 15th of July 2020, the Government is also temporarily cutting VAT for the tourism and hospitality sectors from 20 to 5 per cent until January 2021, giving a much-needed boost to some of the industries hardest hit by Coronavirus. 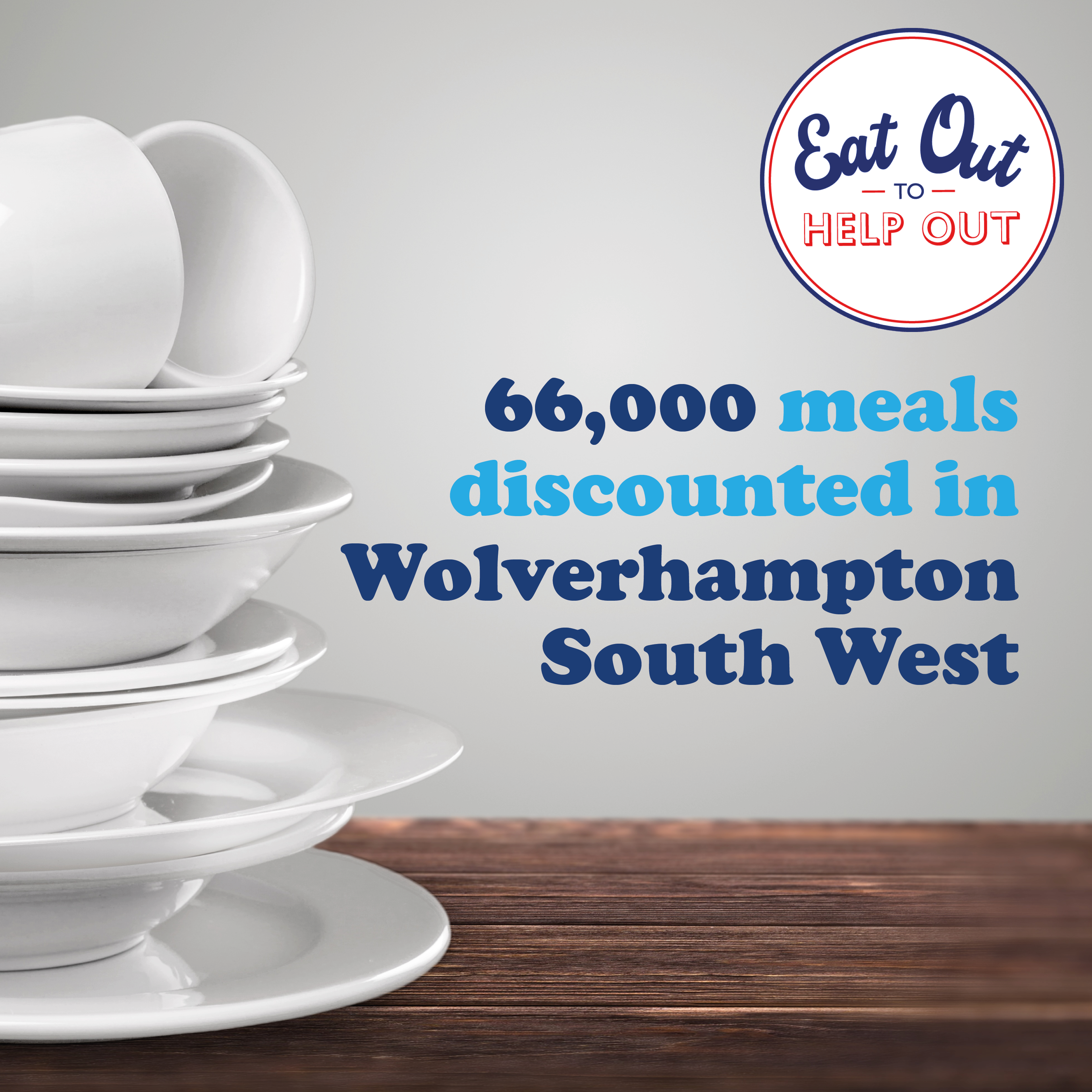 Commenting, Stuart Anderson MP said: “I am absolutely thrilled at the level of support which constituents in Wolverhampton South West have shown our brilliant restaurants and hospitality businesses. I was delighted to personally support local restaurants via this scheme, and I hope everyone will continue to support them in the months ahead.”

Chancellor of the Exchequer Rishi Sunak said: “From the get-go our mission has been to protect jobs- and to do this we needed be creative, brave and try things that no government has ever done before. Today’s figures continue to show Eat Out to Help Out has been a success. I want to thank everyone, from restaurant owners to waiters, chefs and diners, for embracing it and helping drive our economic recovery. The scheme is just one part of our Plan for Jobs and we will continue to protect, support and create jobs to ensure we come back stronger as a nation.”

I love Wolverhampton, this is a great city. I fully recognise that Covid-19 will have adversely impacted many businesses in our community. I have been working with them and the Government to ensure that they are supported, and I will continue to do so.