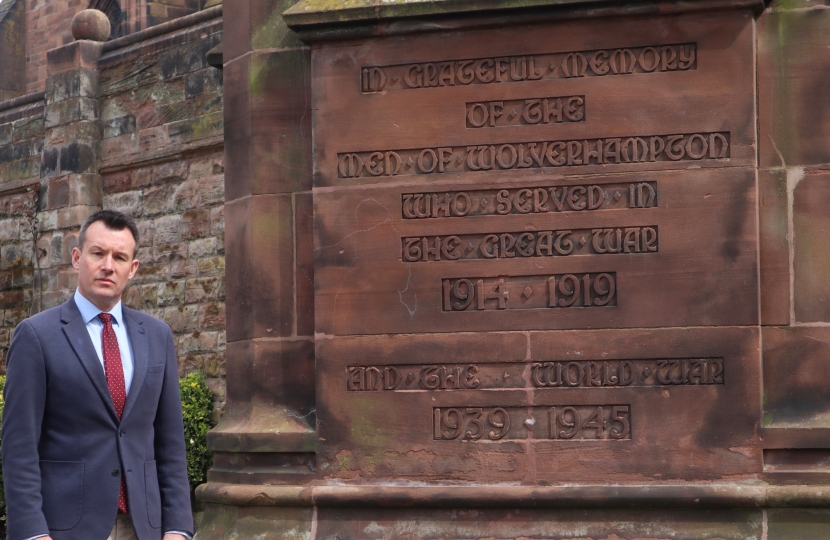 Stuart Anderson MP has co-authored a special report on a Bill that renews the legal basis for the Armed Forces. In February 2021, Stuart was honoured to be appointed to a Committee that was specially convened to review the measures being proposed by the Government as part of this legislation. The measures include steps to further incorporate into law the Armed Forces Covenant and to provide a clear, fair, and effective route to justice for defence personnel wherever they have served. As part of this Committee, Stuart interviewed ministers, senior officials, and representatives from other organisations, such as the Royal British Legion. There was also a public survey, which received 3,337 submissions.

The Committee’s report was published on Thursday, the 22nd of April. It found that service personnel, veterans, and their families generally welcome the action proposed to further enshrine into law the Armed Forces Covenant – the pledge made, as a nation, to ensure those who have and continue to serve, as well as their families, suffer no disadvantage and are treated with fairness in the wider community. At the same time, the Committee expressed concerns about the measures being only extended to cover local government and some public bodies which are responsible for housing, healthcare and education, but not to those services provided by devolved or central governments, such as service accommodation. In light of this, the Committee has formally called upon the Government to commit to consulting on the impact of the Covenant as it applies to these areas, including as part of its annual Continuous Attitude Surveys. It also recommends that both the Government and the Defence Select Committee conduct their own reviews to assess the effectiveness of the measures that are contained within the Bill after it becomes law.

In addition, the Committee reviewed options available to defence personnel who wish to lodge official complaints and consulted on the Government’s intention to limit the time in which an appeal can be made from 6 to 2 weeks. The Committee found that, since being set up in 2015, the Service Complaints Ombudsman for the Armed Forces has never met its target of resolving 90% of complaints within 24 weeks. As such, the Committee welcomed action to speed up the process but stated that necessary safeguards should remain in place to ensure that those who cannot meet the deadline get fair treatment.

The Committee found that the make-up of the Armed Forces is now more diverse than it has ever been. To build on this, the Committee recommends that a metric be added to the Annual Report on the Armed Forces Covenant to further improve the experience and outcomes of those that have protected characteristics. The Committee also recommends that action be taken to level up mental health support for veterans across the country. As someone who suffered from poor mental health due to injuries sustained during his time in the Army, Stuart has and continues to extensively campaign on this issue.

Stuart Anderson MP: “It has been an honour to serve on the Committee for the Armed Forces Bill. We discussed a wide range of issues and have made a series of important recommendations that I hope the Government will now take forward. As a veteran, I have personally experienced some of the issues that this legislation seeks to address. I will continue working with colleagues across Parliament to ensure that fellow veterans and their loved ones get the help and support that they need and rightly deserve.”

Stuart Anderson MP has welcomed a plan to invest £70 million in veteran welfare.