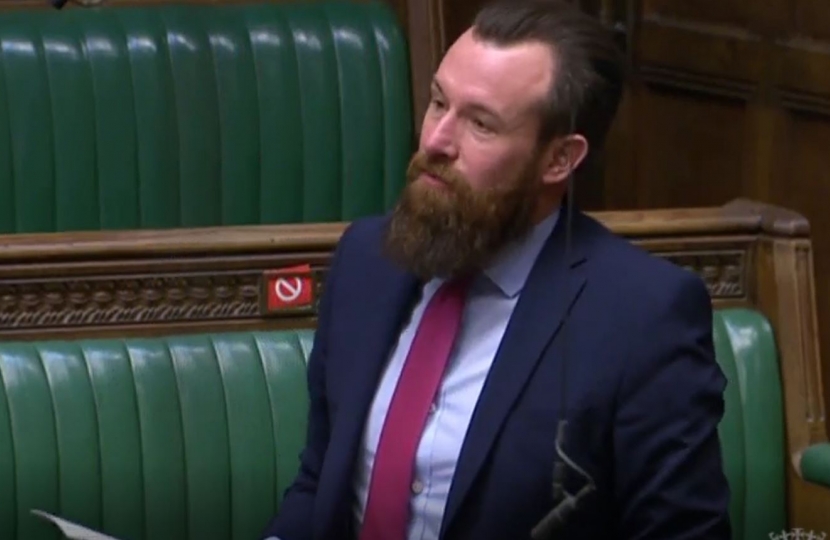 Stuart Anderson MP is honoured to join the prestigious Select Committee on the Armed Forces Bill. It follows his recent speech in the House of Commons. In that speech, Stuart shared his story of having suffered from poor mental health during his time in the Armed Forces after he was seriously injured.

Stuart’s speech was part of the Second Reading of the Armed Forces Bill on the 8th of February 2021. The Bill provides the legal basis for the existence of the Armed Forces. It will also enshrine in law the Armed Forces Covenant, a pledge on behalf of the nation to ensure that defence personnel, veterans, and their families are not disadvantaged by having served when it comes to accessing key public services such as healthcare, housing, and education. In addition, the Bill will create an independent body with a commissioner to oversee complaints and provide a clear, fair, and effective route to justice.

Unlike most other Government Bills, the Armed Forces Bill traditionally undergoes scrutiny by an especially convened Select Committee. The Committee meets after the Second Reading but before the Bill returns to the Committee of the Whole House, at which stage all MPs can take part in the debate and vote on the contents of the Bill. The convention was agreed by the Government and the Committee following the renewal of the Armed Forces Act in 2011, and was kept during a further renewal in 2016.

Parliament’s central role in consenting to the raising and keeping of a Standing Army during peacetime dates back to the Bill of Rights in 1688. In more modern times, Parliament has given its consent through renewing the Armed Forces Bill every five years. Without being renewed again, the Act will expire at the end of 2021. Along with other members of the Committee, Stuart will be able to take evidence, make visits, conduct line-by-line scrutiny, table amendments and submit a Special Report on findings.