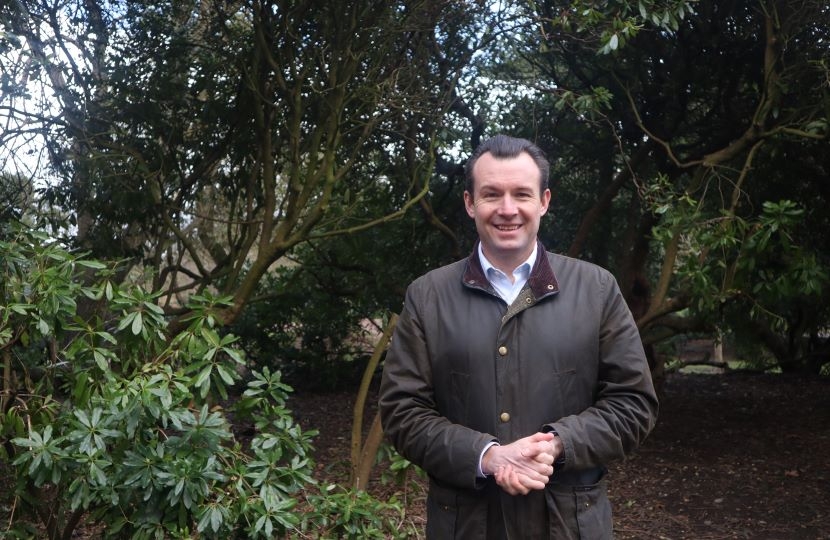 Stuart Anderson MP has launched a survey to better understand what matters to local people when it comes to protecting our natural environment and tackling climate change. The results of the survey will form the basis of Stuart’s future work on this issue, which he has said is one of the most important of our age.

A third of respondents to Stuart’s Community Conversations survey, which he ran between September and December 2020, said that protecting our natural environment was the most important issue for them and their families. Stuart made delivering on this one of his top priorities, and he has already achieved a considerable number of successes.

Working with the Mayor of the West Midlands Andy Street, Wolverhampton has secured over £1 million to level up the city’s active travel options such as walking and cycling. Stuart has also voiced concerns about the need to protect local green spaces such as the Seven Cornfields from being built on, and he was an early supporter of Philip Dunne MP’s Bill to place duties on water companies and the Government to reduce sewage discharged into waterways. The Government has adopted key parts of the proposals which will help restore the quality of Smestow and Graiseley Brook.

Stuart now wants to go even further on this subject, and he has invited constituents to share their views on the environment and climate change in his survey. The survey will help to ensure that Stuart fully represents his constituents in the run-up to COP26, a meeting of world leaders that is expected to take place in November in Glasgow. Stuart has also said that the results will help him to better hold the Government and others to account on their pledge to eliminate the UK’s contribution to climate change by 2050.

Stuart’s survey was launched on Monday, the 5th of March 2021. He has already written to thousands of constituents to ask them to take part. The survey will be promoted via Stuart’s social media channels, and it can be accessed online at https://www.stuartanderson.org.uk/form/protecting-our-environment.

Stuart Anderson MP said: “As a parent and as a local Member of Parliament, I want to do what I can ensure that the world which we pass onto future generations is one that is greener and more sustainable. I have been contacted by many constituents who are worried about the state of our natural environment and what more can be done to reduce our contribution to climate change. I would like to hear from as many constituents as possible about what more I can do on this, one of the most important topics of our age. The decisions that are made now will shape what our environment looks like in the future.”

I believe passionately in protecting our natural environment. As a parent, I want to do all that I can to ensure that the world which we pass on to the next generation is greener and more sustainable. I have joined the Conservative Environment Network's Parliamentary Caucus to campaign on this.