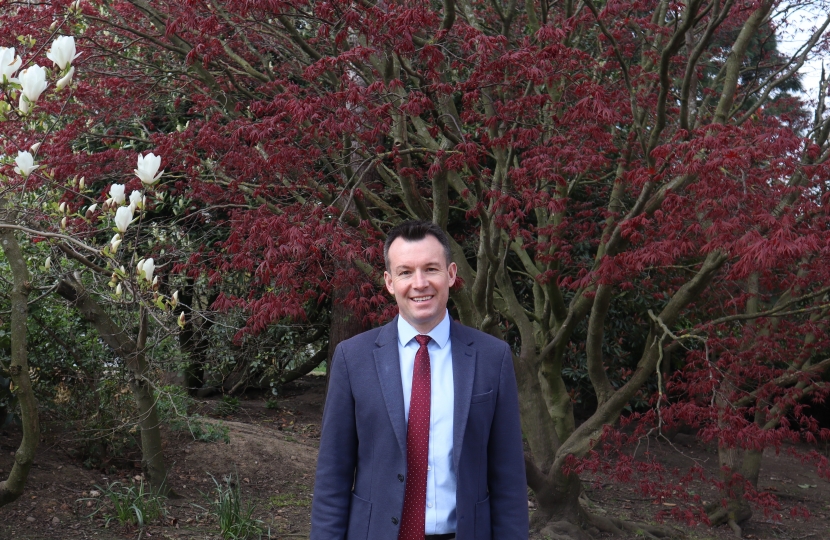 Stuart Anderson MP is taking part in Plastic Free July and has called on his constituents across Wolverhampton to do the same. It is part of worldwide efforts to cut down on plastic waste and move towards a more circular economy where plastic is reduced, reused, and recycled much more than it is now.

Plastic Free July is a global movement that helps millions of people be part of the solution to plastic pollution – so that we can have cleaner streets, oceans, and more beautiful communities. The campaign raises awareness of the issue and ways in which everyone can help to cut down on plastic waste, increase reuse and recycling efforts, and use valuable resources such as food more efficiently. Stuart encourages everyone to go at least a month without single-use plastics – or to dramatically reduce single-use plastic with a view to stopping using them in the long term.

In recent weeks, Stuart has been contacted by many constituents who are worried about the amount of plastic waste produced by consumers, businesses, and governments across the world. As a local MP, Stuart has been holding Ministers to account on their pledge to tackle plastic waste and pollution. In May, Stuart tabled a formal, written question on the action being taken to reduce the amount of plastic consumed and used in packaging. Ministers renewed their commitment, set out on the Resources and Waste Strategy and which will be implemented through the Environment Bill, to eliminate avoidable waste by 2050, including avoidable plastic waste by 2042. Ministers have set out plans for every home in England to receive easier and more consistent recycling collections.

The Government has banned single-use plastic straws, stirrers, and cotton buds, except for those with medical needs or a disability, announced details of the world-leading Plastic Packaging Tax, with an initial rate of £200 per tonne, and extended the plastic bag charge to all retailers. Since the charge was first introduced in 2015, the Government has prevented billions of plastic bags from being sold and ending up in the environment, there has been a 95 per cent cut in plastic bag sales, and £180 million has been raised by retailers for good causes. Ministers now plan to toughen controls on illegal waste exports, with mandatory electronic tracking of waste making it harder for criminals to obtain and export waste illegally. The Government has said that it will shortly consult on this.

Stuart Anderson MP said: “I believe passionately in protecting our natural environment. I want to do all that I can to ensure that the world we pass on to the next generation is greener and more sustainable.

Without urgent action to cut demand, it is estimated that 34 billion tonnes of plastic will have been manufactured globally by 2050. I have called on the Government to eliminate all avoidable plastic waste as soon as possible.

I would also encourage everyone to take part in Plastic Free July. This is an excellent initiative which focuses on the positive change that we can help to bring about by doing more to reduce, reuse, or recycle plastic of all kinds.”