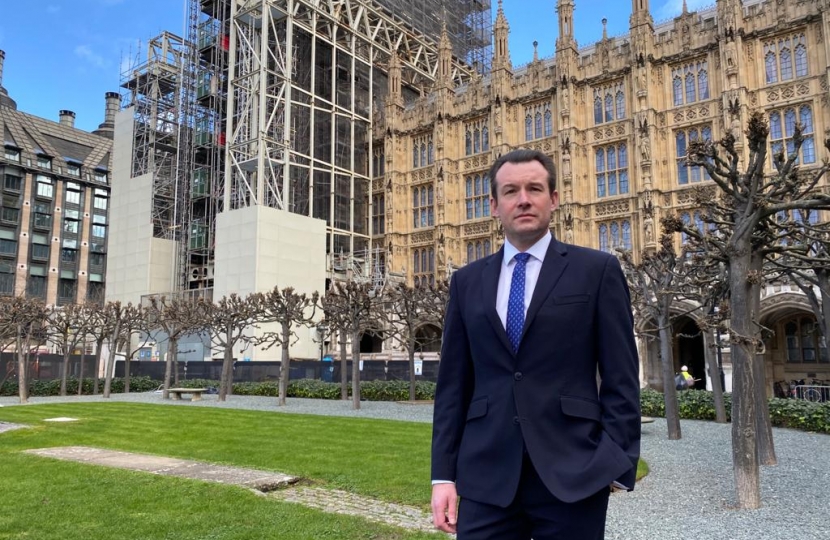 Stuart Anderson MP has praised the vital contribution of the Armed Forces in its response to COVID-19, and has called on the Government to do the same. Stuart’s request follows a new report, which he co-authored as a member of the influential Defence Select Committee. The report found that the Armed Forces had contributed at all levels during the outbreak, with 20,00 military personnel put on standby in March 2020. The UK defence sector, which includes the Armed Forces and military manufacturers, have helped to boost hospital capacity, procure PPE and ventilators, repatriate citizens from abroad, and assist with the roll-out of testing for COVID-19 and the vaccinations. The Committee recommends tangible recognition of the Armed Forces through, for example, a formal award or the pay settlement.

Alongside its usual duties, the Armed Forces provides extra capacity where civilian authorities such as the NHS and local councils are unable to cope with the scale or duration of a crisis. While civilian authorities have statutory responsibilities to plan and prepare for various types of emergencies, the Armed Forces can be called on to provide niche capabilities that reinforce national resilience and help respond to a range of disruptive events. However, the Committee found that some civil authorities were not adequately prepared to respond to the outbreak of COVID-19 and do not sufficiently understand the capabilities that the Ministry of Defence can offer, nor how to request them effectively. This was acknowledged by the Secretary of State for Defence Ben Wallace MP, who the Committee interviewed.

The Committee has called for a “fundamental rethink” within Government of how military aid to civilian authorities works. It recommends that civilian authorities are better educated about the Ministry of Defence’s unique capabilities, including what it can and cannot offer. It also urges the Government to strengthen the capabilities of civilian bodies so that the Armed Forces can better support them and does not become the ‘responder of first resort.’ In doing-so, the Committee suggests that these lessons are taken on board by the Government in its Integrated Review and the funding of its conclusions.

Stuart Anderson MP said: “In its response to COVID-19, our Armed Forces has once again demonstrated the unique flexibility and versatility that I first encountered on active duty as a soldier. I am very proud of everyone who has played a role in our effort to tackle this virus. While the Armed Forces has played its characteristically humble role, their vital contribution must be rightfully recognised.”

Chair of the Defence Committee, Tobias Ellwood MP, said: “Despite the darkness of the past year, we have seen countless acts of heroism and resilience in the face of adversity. Our Armed Forces rose to the challenge of coronavirus, demonstrating outstanding strength and stoicism. The integral efforts of all key workers, including those of the Armed Forces, must be explicitly and materially recognised.”