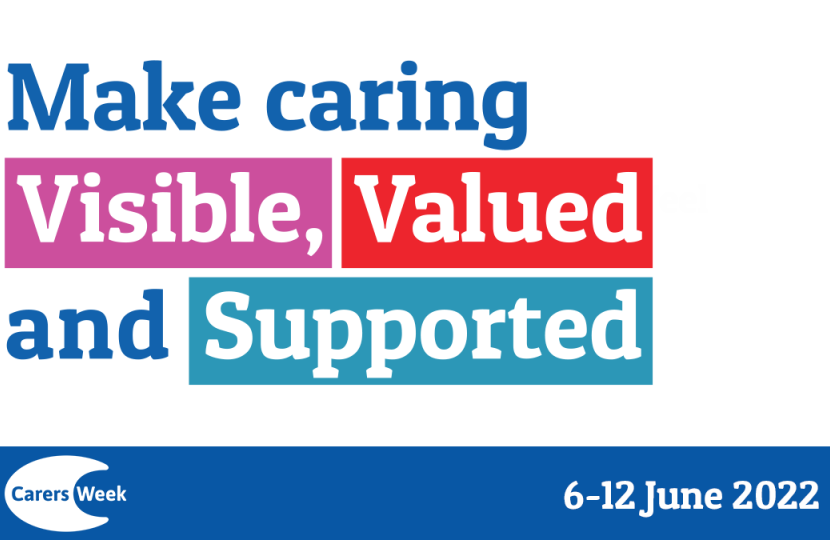 Stuart has called upon the Government to bring forward legislation that will give carers a new right to a week of leave. Two years ago, the Government consulted on this subject and confirmed its intentions to deliver this reform. Stuart has said that the change, which could help around five million people, must be delivered at the earliest possible opportunity to enable unpaid carers to better manage their work and caring roles. This will be a day 1 right, available to all employees who are providing care for a dependant friend or relative with a long-term care need. Stuart has made the call ahead of Carer’s Week, which is taking place between the 6th and 12th of June.

Carers Week was established by Carers UK 29 years ago to recognise the vital contribution made by unpaid carers, who support family members and friends who are older, have a disability, mental or physical illness, or need extra help as they grow older. Stuart said that he wants to raise awareness of caring and highlight the challenges that unpaid carers continue to face while recognising the vital contribution that they make to families and communities throughout the UK.

Stuart has welcomed the campaign, which he has said also helps people who don't think of themselves as having caring responsibilities to identify as carers and access much-needed practical, financial, and emotional support that the Government has made available. The main cash benefits for those caring for disabled people is Carer’s Allowance, and the carer premium payable with means-tested benefits which includes a carer element. The Government has also committed to investing up to £25 million in the services provided to unpaid carers, which could include respite, breaks, peer group and wellbeing support.

In addition, carers are entitled to a statutory assessment of their support needs, undertaken by the local authority. The assessment must consider a range of factors such as what assistance the carer requires to continue providing care, and their own independent needs. The City of Wolverhampton Council can be contacted via telephone on 01902 553409 or email, carer.support@wolverhampton.gov.uk. The Government also runs the Disabled Facilities Grant, which aims to support disabled and older people in making adaptations to their home so they can live in them safely and independently, enabling carers to continue their role safely. Since 2010, the Government has invested more than £4 billion and has announced £573 million in each year from 2022/23 to 2024/25. Adaptations can include ramp, stair lifts, and suitable heating systems. The Carers Trust has a network of quality assured partners and provides grants to help carers get the extra help that they need.

Stuart Anderson MP said: “Unpaid carers are often unsung heroes in our community, and so, this Carer’s Week, I am delighted to affirm my commitment to ensuring that they become more visible, valued, and supported. While caring can be hugely rewarding, I know that it can also have a serious impact on a person’s health, finances, and relationships. Two years ago, the Government consulted on the introduction of Carer’s Leave and confirmed its intention to deliver this reform, which would benefit around five million people across the UK. I have now called on the Government to expedite the legislation needed to make this change a reality, helping carers achieve a greater work-life balance and realising their full potential.”

To find out more, visit www.carersweek.org. Follow Carers Week on Twitter @CarersWeek and use the hashtag #Carersweek