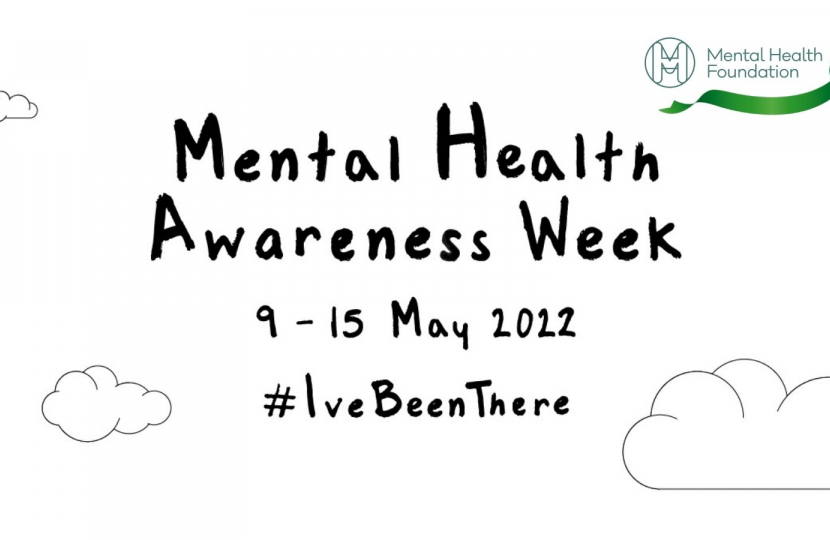 Stuart Anderson MP is proud to support Mental Health Awareness Week - an annual event designed to inform and empower people and communities to take action for mentally healthier lives. In its 22nd year, it is the largest campaign of its like in the UK. It is organised by the Mental Health Foundation, which works to prevent mental health problems and drive change towards a mentally healthy society for all.

As a local MP, Stuart has been a vocal advocate for greater investment in mental health support - including initiatives which help to tackle loneliness. He recently welcomed the launch of a call for evidence to inform the development of a new cross-government, 10-year plan to improve mental health. The consultation, which is open until the 7th of July 2022, is seeking views on how to improve mental health services and understand the causes of mental ill-health. It will build on action already underway, which includes the commitment to invest an extra £2.3 billion a year in mental health services by 2023-24. The Government has also invested almost £50 million in tackling loneliness since 2018 and supports a Tackling Loneliness Hub to help organisations share and learn from best practice.

This year, the campaign aims to raise awareness of the link between long-term loneliness and mental health conditions, such as depression and anxiety. Stuart has spoken of his personal experience of loneliness following injuries that he had sustained during his time in the Army. He has said he is determined to tackle the stigma of speaking about mental health and level up support for those affected.

Stuart Anderson MP said: “I am proud to support Mental Health Awareness Week, which inspires people to believe that they can see change in their lives for the better. From my own experience, I know that the stigma often associated with loneliness can make it hard to reach out for help. I commend organisations such as the Mental Health Foundation for their pivotal role in supporting community projects that tackle loneliness. We can all be part of this change towards a mentally healthier society. By coming together, we can tackle loneliness and support everyone affected.”

Mark Rowland, Chief Executive of the Mental Health Foundation, said: “Loneliness deserves more attention and we’re calling on everyone who has struggled as a result of being lonely to share their experiences. We must work together - as individuals, as a society and through government policy - to reduce loneliness and prevent mental health problems by investing in welcoming, social spaces and new community initiatives.”