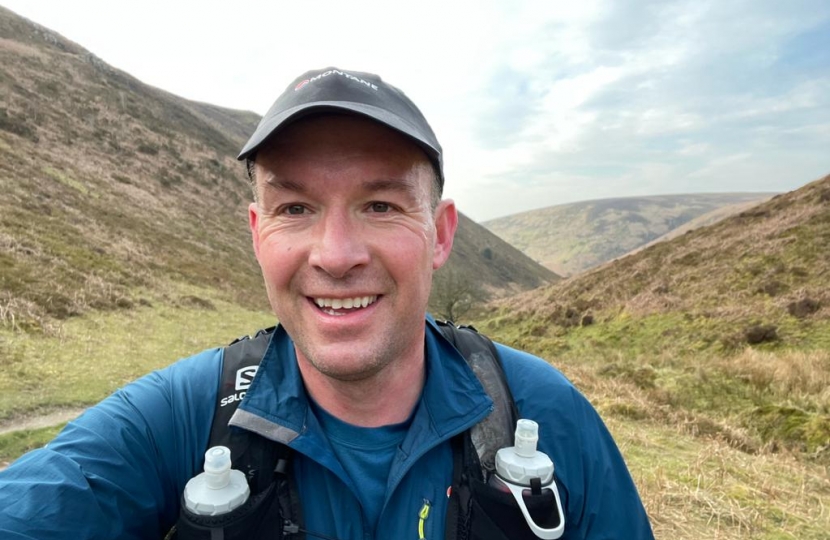 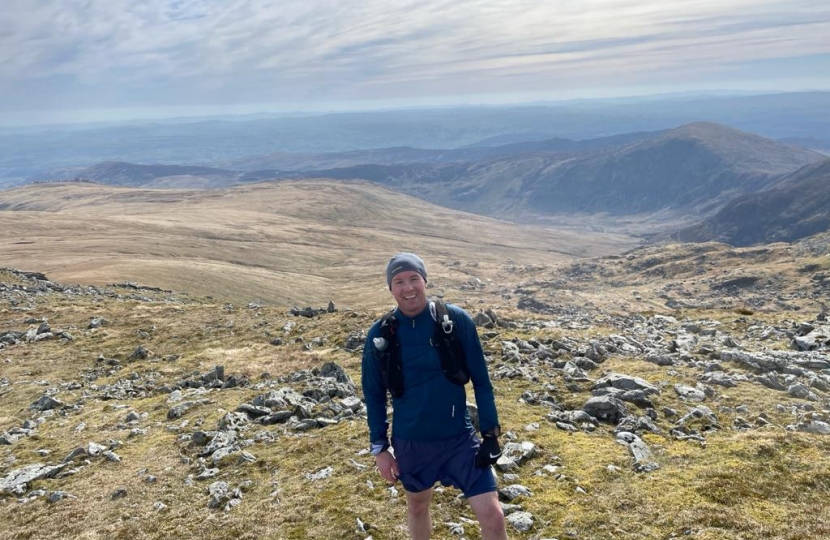 Stuart Anderson MP has announced that he will be undertaking the Dragon’s Back Race for charity. Held on only five previous occasions, it is regarded as the world’s toughest mountain race. The legendary race has been extended to six days and will see Stuart race down the mountainous spine of Wales. Stuart is fundraising for two charities close to his heart: the Wolverhampton Wanderer’s Foundation and the Elysium Memorial Foundation.

Stuart will start the race at Conwy Castle and finish it at the iconic Cardiff Castle some six days later. The race is scheduled to start on the 6th and end on the 12th of September 2021. The average daily distance is 63km. This is equivalent to 1.5 marathons a day. With the race being extended to six days, the course has never been completed before. Stuart will be the first MP to undertake the challenge. He has been building his endurance for the race by jogging regularly through Smestow Valley and what he said feels like every road in Wolverhampton.

Stuart has spoken of his ambition to tackle the challenge. At the age of just 17, Stuart suffered a high-velocity gunshot wound to the foot. He was told that his foot and possibly his lower leg would have to be amputated. Weeks of surgery went better than expected and his leg was saved. Stuart was then informed that his military career was over, that he would never be able to run again, and he would only ever walk with the aid of a walking stick. Stuart’s foot is still partially paralyzed. He will experience a lot of pain in his foot running this distance. Stuart did not accept any of this news. He undertook an extensive rehabilitation programme. Within one year, he had returned to full service within the Army, going straight on active duty in Northern Ireland. Stuart went on to complete eight years in the Royal Green Jackets (now the Rifles/Rangers), including three operational tours, and a variety of deployments.

As a local Member of Parliament, Stuart has been supporting local charities such as the Wolves Foundation. Stuart has taken part in the Molineux Sleepout, an annual campaign to raise funds for local charities serving the community. The charity aims to encourage healthier and more active lifestyles. Stuart is also supporting Elysium Memorial in their endeavour to set up a memorial to remember veterans that have sadly taken their own lives after their service. The Memorial will allow those who have experienced the loss of a friend or loved one through suicide to have a quiet place of contemplation and remembrance. It is hoped that the Memorial will be based at the National Memorial Arboretum. The project is being led by a group of soldiers who have undertaken physical endurance challenges to raise funds for the project.

In the run-up to the race, Stuart is welcoming donations for the charities. You can stay up-to-date on Stuart's progress as he trains, and his progression through the race after it starts on his social media.

Stuart Anderson MP said: “The Dragon’s Back Race is the world’s toughest mountain race. By taking part, I hope to not only prove to myself how far I have come in my personal journey but to raise funds for two fantastic charities that do so much to help others. The Wolves Foundation plays a huge role in the life of our city, encouraging more people to be fit and healthy. The Elysium Memorial will be a fitting project to those who have served our country with pride and dignity but - as I did - found it hard dealing with life events relating to service. Both of these charities remind us of the importance of community, and in ensuring that everybody is included.”

Sergeant Edward Mackenzie is one of the veterans leading Elysium. He has 24 years of service in the Infantry. He said: “We are thrilled to have Stuart’s support. In undertaking the Dragon’s Back Race, Stuart is raising further awareness of the struggle of veterans suffering from mental health issues. His fundraising will take us to the next step in our ambition to provide a place for contemplation and gathering for those affected by the loss of a friend or loved one through suicide after service.

Will Clowes, Head of Foundation said: “We’re delighted to have Stuart’s support. Stuart is a fantastic advocate for our city. As a local charity, we champion the health and wellbeing of local people. Stuart’s inspirational story shows that anything is possible. We wish him all the very best.”