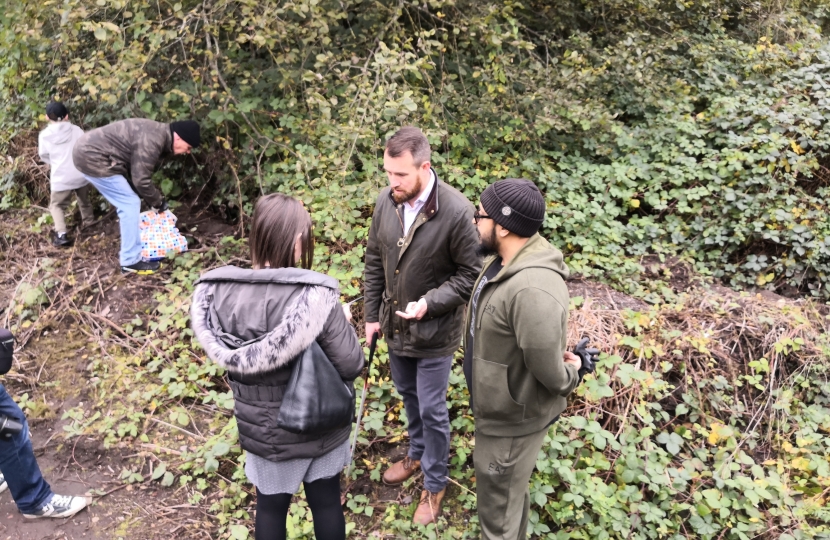 Stuart Anderson MP has urged the City of Wolverhampton Council to reconsider its plans for the £1 million transit site being developed off Gorsebrook Road in Dunstall. It follows the conclusion of the Government’s consultation on measures to criminalise trespassing when setting up an unauthorised encampment in England and Wales. This follows a commitment made in the manifesto upon which Stuart stood for election. It was reaffirmed in the Queen’s Speech in 2019.

The measures consulted on included bringing forward new legislation or amending the Criminal Justice and Public Order Act of 1994 to permit the Police to direct trespassers to suitable authorised sites located in neighbouring local authorities areas and to increase the period of time in which trespassers directed from land would be unable to return. The measures consulted on would also lower the number of vehicles needing to be involved in an unauthorised encampment before police powers can be exercised, and enable the Police to remove trespassers from land that forms part of the highway.

Stuart believes that the measures being proposed would save local authorities thousands, if not millions of pounds, in funding from enforcement and alternative provision projects. While the consultation closed on the 5th of March 2020, the Government’s response has not yet been published. As such, Stuart has called upon the Government to bring forward its legislative proposals at the earliest possible opportunity.

At the time of the last count in January 2020, the number of caravans on unauthorised sites in England was 2,743. Councils can already apply to the Courts for pre-emptive injunctions which prevent unauthorised camping in a defined geographical area. The City of Wolverhampton Council was granted an injunction in 2018. As part of the injunction, the Council agreed to making provision for a transit site for travellers who have been evicted from protected sites. In December 2020, the Council started work on this project in land off Gorsebrook Road, despite over 120 objections from local residents having been submitted. The objections questioned the potential value of the site and its possible uptake. When plans for the site were made public, Stuart was one of the first to join campaigners who shared concerns about the lack of access to green space it would cause. Constituents also shared concerns about the negative reputation that it would create for an area that already suffers from a disproportionate level of deprivation. In addition, constituents believe that the site would deter business owners from setting up shop there.

While Stuart Anderson MP backs the Government’s proposals to strengthen police powers, he has urged Ministers to publish its consultation response and bring forward legislation at the earliest opportunity. The change in law would mean that the City of Wolverhampton Council would no longer need an injunction. As such, the transit site would not be needed. Stuart is urging the council to stop work immediately in order to not waste taxpayer’s money for a site that in a few months will legally not be needed. In turn, Stuart would campaign to turn the site into a nature trail for the community and local schools to use. It would save some of the £1 million being spent on the transit site and deliver on his pledge to protect our natural environment. Stuart is asking constituents to complete a quick poll on Facebook to let him know their thoughts at www.facebook.com/Stuart4WolvesSW/

Stuart Anderson MP said: “I am pleased that the Government has recognised the concerns that constituents have raised about the disproportionate impact that unauthorised encampments have on communities that have to deal with a range of issues, including social behaviour, fly-tipping, and noise-related issues. I am now asking the Government to deliver on its pledge to bring forward legislative proposals and strengthen Police powers. With the change in the law, the Council would no longer need an injunction and the transit site will not be needed. I want to save as much of the £1 million that is being spent on the transit site and turn it into a nature trail for the community and local schools to use.”

As your local Member of Parliament and a proud resident, I want to make sure that Wolverhampton becomes a safer and a cleaner place to live in, work and visit.