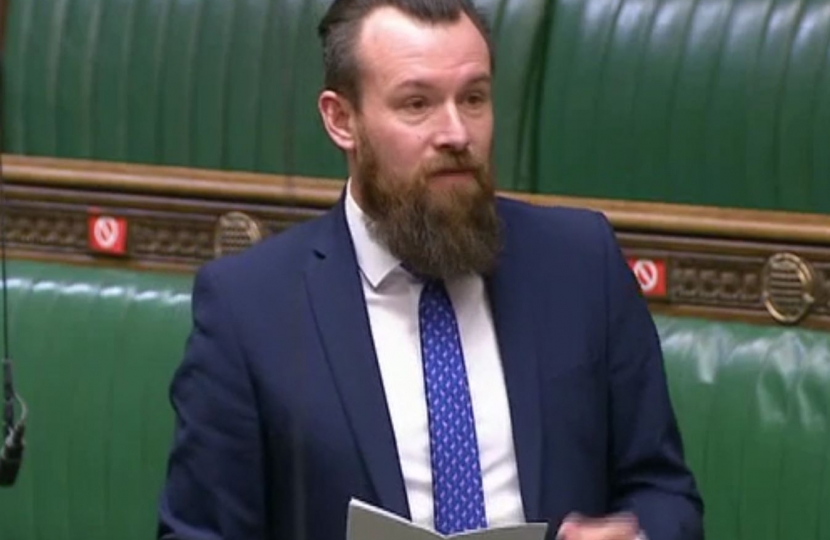 Stuart Anderson MP has called upon the Government to urgently address gaps in the UK’s armoured vehicle capability. It follows an inquiry which Stuart has held as a member of the influential Defence Select Committee. The inquiry found that the Government has “repeatedly failed” to procure the new armoured vehicles needed by the Armed Forces. The fleet now consists of “obsolescent or even obsolete armoured vehicles” from as early as the 1960’s – when the Morris 1100 was the most popular car.

The inquiry found that the UK has struggled to redefine its role since the collapse of the Soviet Union, and that the Ministry of Defence has squandered nearly a third of a billion pounds in overly ambitious or complex programmes, which have not delivered the vehicles needed by the Army. The number of main battle tanks has reduced from around 1,200 in 1990 to just 227 today. Many of these need modernising.

The Committee argued that chronic underinvestment led to troops being “inadequately” protected in Iraq and Afghanistan, and those on deployment in Estonia are only equipped with lightly armoured or even obsolescent vehicles, such as the FV430 series which was introduced to service in 1962 - the year that Elvis Presley’s ‘Return to Sender’ was Christmas number one. Not a single new armoured vehicle had been delivered through the core procurement programme between 1997 and late 2020 – except for a small number of armoured engineering and Viking protected mobility vehicles.

The report claims that delays, increased costs, and cancellations to programmes to modernise or upgrade armoured vehicles leaves the UK vulnerable to being outmatched by adversarial states, such as Russia. The report ascribes this to the Government’s decision to prioritise investment in new technology over so-called ‘sunset’ capabilities, such as armoured vehicles which are retained by China and Russia. As a result, the British Army is now four years away from being able to field a war-fighting division. The report, which is published ahead of the Government’s own Integrated Review, recommends retaining a strong armoured division. It also requests that the Ministry of Defence opens its armoured vehicles programme to independent scrutiny by the National Audit Office and invests in the skills and production facilities which will place the Land sector on an equal footing with the Air and Maritime sectors as part of a Land Industrial Strategy.

Stuart Anderson MP said: “Our first duty as a nation must be to ensure that our people are protected from harm and that safeguards are in place to protect us from hostile foreign threats. I am concerned that the Government does not have sufficiently qualified staff to manage the Army’s armoured vehicles fleet, nor to ensure that we have an adequate amount of armoured vehicles needed to tackle such threats. This is why we are calling on the Government to urgently address gaps in its armoured capability.”

Chair of the Defence Committee Tobias Ellwood MP said: “A mixture of bureaucratic procrastination, military indecision, financial mismanagement and general ineptitude has led to a severe and sustained erosion of our military capabilities... I hope the Government will take these issues into account when implementing the Integrated Review.”