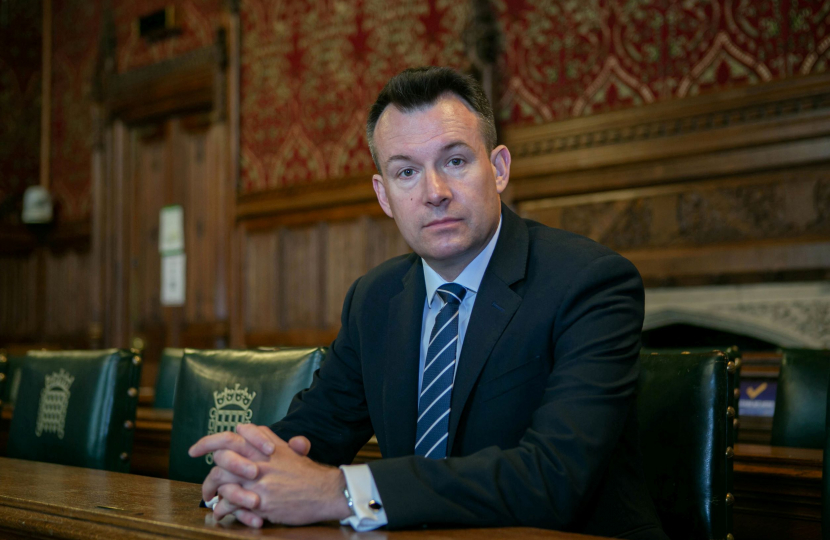 Stuart Anderson MP has called on the Government to renew its efforts to support better brain health, thereby reducing the future impact of dementia on individuals and communities. Brain Health is an emerging and growing concept that is based on evidence which demonstrates that people can reduce their risk of cognitive decline by making key lifestyle changes, including participating in regular physical activity, staying socially engaged, and maintaining good heart health. For example, research from the Lancet Commission shows that, while around a third of a person’s risk of developing Alzheimer’s disease may be due to modifiable lifestyle factors, only a third of UK adults are aware that they can reduce their risk. The call is part of Dementia Action Week, which is running between 16th and 22nd May and encourages people to ‘act on dementia.’

Stuart said that the Government should strengthen its resolve to empower people to make informed decisions about their lifestyles and raise awareness of preventable risk factors associated with the disease, which effects more than 850,000 people in the UK, including around 3,580 in Wolverhampton. The Government is investing £5 billion in health-related research and development, with an increase of £605 million by 2024/25. This is in addition to £375 million that is already being invested in neurodegenerative disease research. Stuart also welcomed the Government's commitment to publish a new dementia strategy later this year. He said that a renewed focus on prevention and risk reduction should feature prominently in these plans, with new ways being pioneered in which to help people stay physically, mentally, and socially active for longer.

Stuart’s call comes as the Alzheimer's Society has said that the misconception around memory loss being a sign of normal ageing is the biggest barrier to people seeking a dementia diagnosis. The Alzheimer's Society has reported that over 9 in 10 people affected by dementia say that getting a diagnosis has benefitted them. This is because it allows them to receive practical advice and support, to plan for the future, and even offer a sense of relief in knowing what’s going on. Anyone concerned that they or someone close to them may be experiencing signs of dementia can get support from the Alzheimer's Society at www.alzheimers.org.uk or 0333 150 3456.

Stuart Anderson MP said: “I am dedicated to promoting the welfare of my constituents in Wolverhampton, so I pay tribute to the work that organisations such as Alzheimer's Society and Alzheimer's Research UK are doing to raise awareness of the importance of good brain health. I was proud to stand on a manifesto that committed to making finding a cure for dementia one of the Government's biggest collective priorities. This Dementia Action Week, I have called on the Government to centralise the concept of ‘brain health’ in future plans to level up dementia care. This involves encouraging people to reduce their risk and promoting ways in which we can all take better care of ourselves and others.”