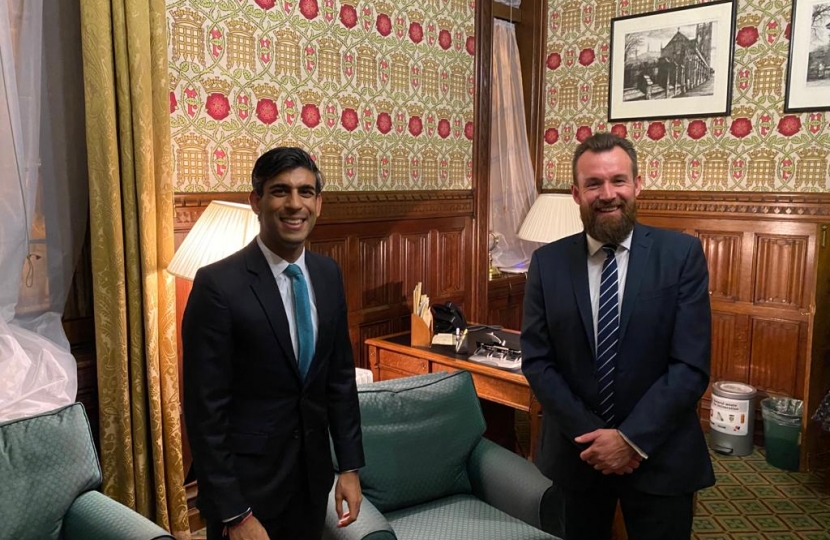 The immediate priority is to protect people’s lives and livelihoods as we respond to Coronavirus. So, £18 billion has been invested to fund programmes on community testing, test and trace, PPE, and vaccines. We will also deliver stronger public services – more hospitals, better schools, and safer streets and deliver a once-in-a-generation investment in infrastructure of £100 billion capital spending – creating jobs, growing the economy, and increasing pride in the places people call home.

The Spending Review confirmed a further £55 billion to help with our response to Coronavirus, which includes £3 billion to support the NHS, including £500 million to improve access to mental health services. Next year, the health budget will grow by £6.6 billion to provide a £156.4 billion budget, allowing us to deliver 50,000 more nurses and 50 million more GP appointments.

We will also provide a pay rise to over 1 million people working in the NHS, including doctors and nurses, given the uniquely challenging impact of Coronavirus. This amounts to around 25 per cent of the total public sector. There will also be a pay rise of at least £250 for the 2.1 million public sector workers who earn below the median UK wage of £24,000, protecting the lowest-paid workers.

In addition, a new Levelling Up Fund is being launched, worth £4 billion in England. Local areas in England will be able to bid to fund local projects of up to £20 million which must be delivered in this Parliament, and projects must command real support, including of their Member of Parliament.

In October, Stuart met with the Chancellor to lobby for more investment for his constituency in Wolverhampton. In particular, Stuart has welcomed the following investment for the region:

The Spending Review also committed to significant investment in culture and sport in the West Midlands, including £118.5 million for the Birmingham Commonwealth Games, part of which will take place in Wolverhampton following a request made by Stuart in a debate on the subject in Parliament.

Stuart Anderson MP said: “I was elected at last year’s General Election on a commitment to level up communities like ours, and I am thrilled that this Government is making good on that promise – by delivering a once-in-a-generation investment in infrastructure that will create jobs, grow the economy, and increase pride in the place that we call home. I will continue working hard to see this funding delivered so that it benefits our community.”

Chancellor of the Exchequer, Rishi Sunak MP said: “Today’s Spending Review delivers the priorities of the British people. Our health emergency is not yet over, and the economic emergency has only just begun; so our immediate priority is to protect people’s lives and livelihoods. But today’s Spending Review also delivers stronger public services - paying for new hospitals, better schools and safer streets. And it delivers a once-in-a-generation transformation in our approach to infrastructure. Creating jobs, growing the economy, and increasing pride in the places people call home.”