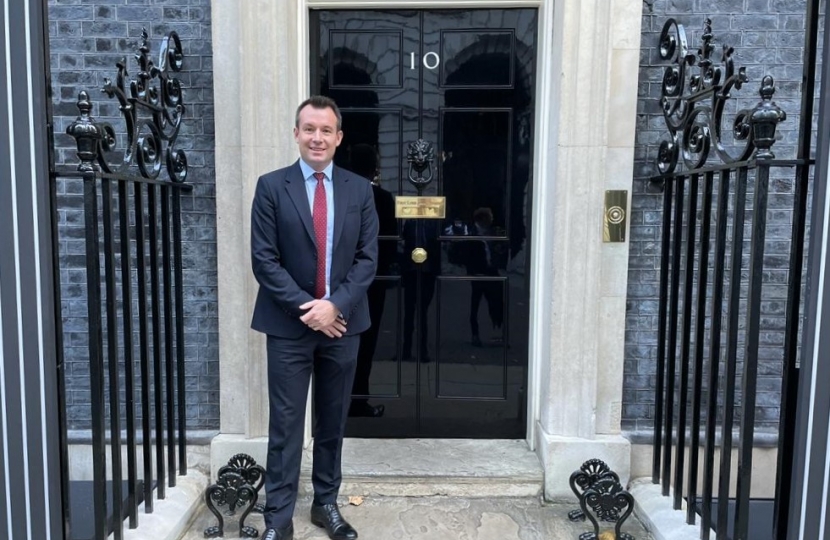 Stuart Anderson MP has welcomed extra funding to level up access to education and training opportunities across Wolverhampton, as the recovery from COVID-19 gathers pace. Most recently, the City of Wolverhampton College has become one of only 39 providers across the country to receive funding from the £83 million Post-16 Capacity Fund to build extra capacity and to increase admissions.

In recent months, Stuart has been lobbying Ministers to prioritise access to lifelong learning and improve life chances. On the 28th of October, he met with the Prime Minister to emphasise the importance of investing in skills to unlock the potential of young people and create a high-wage, high-productivity economy. He is delighted that the Government has now announced an extra £2.8 billion of capital funding by 2024/25, so that students have access to the facilities and equipment that they need.

The Chancellor has also announced extra funding to lift per pupil spending to historic 2010 levels – a cash uplift of over £1,500 per pupil. In addition, annual spending on Special Educational Needs is being tripled to over £900 million a year. As someone who returned to formal education later in life, Stuart has welcomed the commitment to increase overall skills spending by £3.8 billion this Parliament. It will quadruple the number of places on skills bootcamps and see more traineeships, college upgrades, and record investment in apprenticeships. It comes on top of an extra £1.8 billion of catch-up funding, taking the total to £5 billion, as well as a new, UK-wide numeracy programme will invest £560 million to improve the basic maths skills of over half a million adults.

New research shows that Wolverhampton is one of the areas that has benefitted most from the Government’s action to build faster, more reliable broadband reliable connections in public buildings, including schools. The £4.9 million investment has seen 81 upgrades carried out at city schools. In the last year, pupils have also benefitted from over £2 million in funding. This includes over £1 million in catch-up funding as well as more than £67,009 to support their wellbeing. The University of Wolverhampton has received £180,000 from the Office for Students to advance similar objectives. Over the summer, children across the city benefitted from access to range of extra-curricular activities as part of the £200 million summer school’s package. It is in addition to funding from the National Funding Formula, which will deliver a budget of over £65 million in 2021-22. Across the West Midlands, over £133.5 million is being invested in adult education. Of this funding, the City of Wolverhampton College has been allocated £6.5 million and the City of Wolverhampton Council has been allocated £3.2 million.

Stuart Anderson MP said: “From unprecedented catch-up support to major improvements in broadband connectivity, we have put Wolverhampton schools and young people at the heart of our recovery from COVID-19. As we build back better, I am delighted that the Government has brought forward more funding to help students catch up with missed education during the pandemic and expand opportunities for people of all ages to retrain and upskill.

The investment from the Post-16 Capacity Fund for the City of Wolverhampton College will ensure that we continue to level up opportunities for education and training across our area. Our education recovery package has brought millions of pounds worth of funding into our city and I will continue to campaign for even more, so that our young people have everything they need to thrive.”