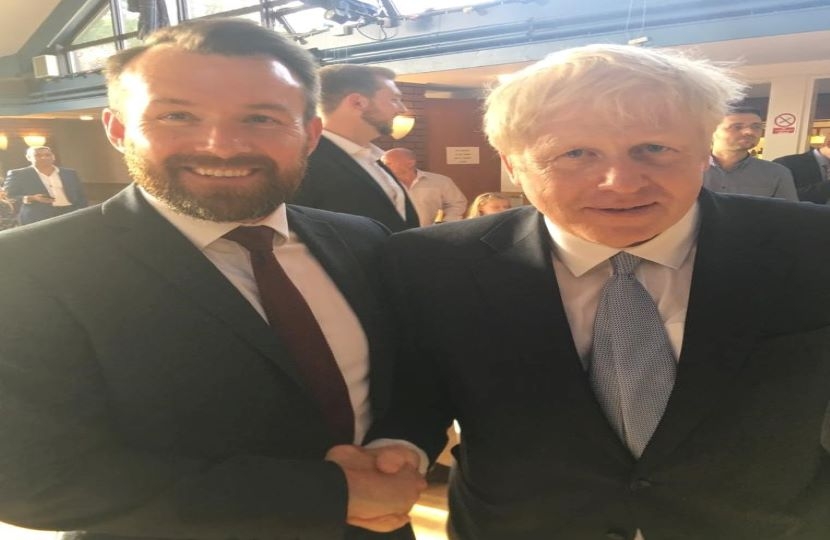 Stuart Anderson MP has welcomed the news that a future trade agreement with the European Union has been reached. It delivers on the Government’s manifesto pledge to get Brexit done. Stuart believes that this historic agreement will allow Britain to move on and focus on delivering the people’s priorities, such as strengthened support for businesses and communities in light of the impact of Coronavirus.

The UK left the EU with a deal on the 31st of January 2020. Since that time, the UK has been negotiating a deeper future relationship which is based on the principle of free trade. Stuart has been clear that any agreement must treat the UK as a sovereign nation with the ability to set its own laws, and he is pleased that the Government has negotiated a deal which honours that commitment. Stuart has also been clear that any future trade deal must respect the UK’s high standards of food produce and animal welfare, and he is proud that the Government has been standing firm in all negotiations – including with the EU.

Since being elected in December 2019, Stuart has helped to secure more than £500 million in funding from central Government for the local area. This is already helping to deliver vital public services as well as programmes designed to tackle homelessness and regenerate local economies. Stuart is now determined to see communities in his Wolverhampton constituency benefit from the UK’s Shared Prosperity Fund which will invest in local people, places, and businesses in a more specific and targeted way as the UK regains its independence. In November’s Spending Review, the Government committed to ramp up funding so that this fund will at least match current EU receipts, reaching around £1.5 billion a year.

Stuart’s Maiden Speech in the House of Commons took place in the debate on global Britain which was held on the eve of Britain leaving the EU. Stuart urged the Government to be a “Government of action” and to deliver on the people’s priorities. He has welcomed the opportunity that leaving the EU brings to establish closer trading relationships with countries around the world, such as Canada, New Zealand, and Australia.

The first deal that the UK struck after leaving the EU was with Japan. This agreement will see trade between the two nations boosted by over £15 billion and help more than 700 businesses in the West Midlands which exported to Japan in 2019. In under two years, the Government has secured trade agreements with 61 countries. In 2019, trade with these countries was worth at least £199 billion and will now be bolstered. Stuart has been keeping his website updated with the latest information to help local businesses prepare for the end of the transition period at www.stuartanderson.org.uk/campaigns/uk-transition-period

The House of Commons will debate the new trade deal on the 30th of December 2020.

Stuart Anderson MP said: “I was elected on a manifesto commitment to get Brexit done. I am delighted that the Government has stood firm in its negotiations and achieved a deal which will be worth more than £660 billion a year. Our future trade deal programme allows us to become more global, negotiating deals across the world such as the one that we have already agreed with Japan. It will allow us to continue to deliver on our agenda to level up communities and unlock their potential. We will do this through strengthening our region as the centre of environmentally friendly manufacturing and helping our amazing businesses export more widely.”