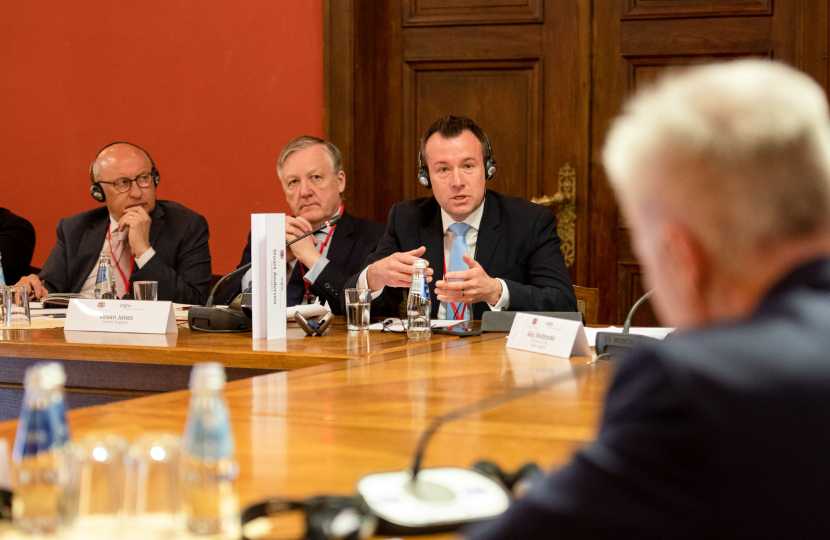 Stuart Anderson MP has welcomed a new training programme designed to bolster the strength of Ukrainian forces in their heroic defence against Putin’s war of aggression. The programme, which is already underway, has the potential to train up to 10,000 soldiers every 120 days using battle-proven British Army expertise. Stuart commended the scheme which was announced by the Prime Minister Boris Johnson during his visit to Kyiv last month.

Defence Secretary Ben Wallace has reported that the first cohort of Ukrainian soldiers have arrived in the UK. They will now be trained by around 1,050 UK service personnel to be effective in frontline combat in Ukraine. Stuart said that the programme will enable Ukrainian soldiers to gain battle winning skills that they can then deploy in their fight against Vladimir Putin’s brutal regime. This will help Ukraine to scale-up its resistance as they continue to defend their nation’s sovereignty against invaders from Russia.

Alongside the training, Ukrainian soldiers will be gifted specialist equipment by the UK. Boots, field uniforms, and PPE are just some of the items that the UK will offer to those who will be trained as part of this programme. Ministers have said that they hope the package of support will also evolve over time, as international partners broaden their involvement by contributing trainers or equipment. The programme will build on the success of Operation Orbital, which saw the UK train more than 22,000 Ukrainian personnel from 2015 to 2022.

Stuart Anderson MP said: “I welcome this landmark programme, which will equip tens of thousands of Ukrainian soldiers with the skills to be successful in their ongoing fight against Putin’s aggression. It reflects our unwavering commitment to the people of Ukraine in the face of this brutal and unjustified assault on their sovereignty and territorial integrity. The UK will continue to help Ukraine to scale-up their resistance as they defend their right to choose their own future.”