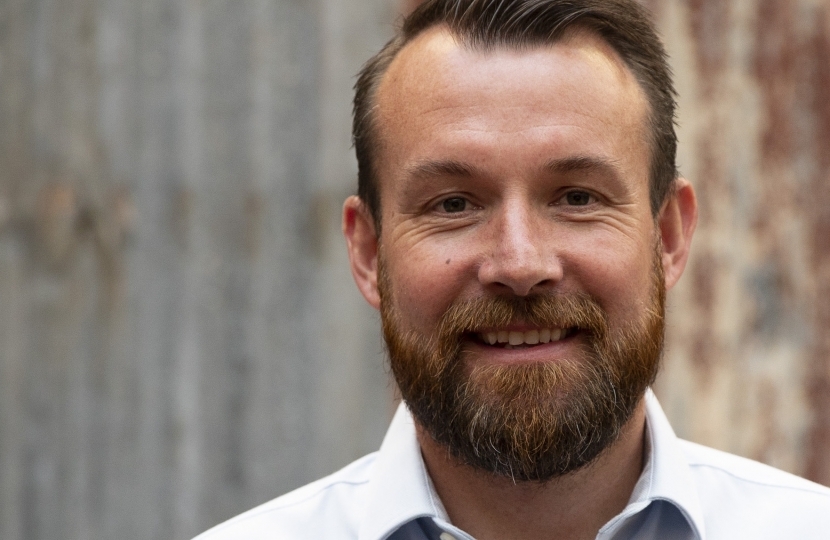 Since the outbreak of Covid-19, more than 9,100 jobs have been supported in Wolverhampton South West through the Coronavirus Job Retention Scheme. The Chancellor has now set out the second phase of the Government’s response, focusing on protecting jobs. The Government will pay a one-off bonus of £1,000 for every employee who was furloughed and kept on until January.

The Chancellor also announced a temporary VAT cut from 20 per cent to 5 per cent for six months for businesses in the hospitality, accommodation and attraction sectors, which have been particularly hard hit by Coronavirus. Up to 430 businesses could stand to benefit from measures in Wolverhampton South West.

Stuart Anderson MP also is encouraging constituents to enjoy the new 'Eat Out to Help Out' Scheme. This will give people up to 50 per cent off meals out at restaurants, pubs, and cafes on Mondays, Tuesdays, and Wednesdays in August. It will entitle everyone to a discount of up to 50 per cent on their meal, up to a maximum of £10 per person. Businesses can claim money back from the Government, which will be paid in five working days. Up to 215 businesses in Wolverhampton South West could benefit from the move.

In addition, The Chancellor announced a new Kickstart Scheme, which will create hundreds of thousands of new, fully subsidised jobs for young people. Measures also include a temporary removal of stamp duty on all homes under £500,000 until the end of March 2021, to catalyse the housing market.

The Chancellor’s Summer Economic Update, along with the New Deal for Britain announced by the Prime Minister last week, will benefit people and businesses across the West Midlands. This includes:

Commenting, Stuart Anderson MP said: “We should not underestimate how difficult recent months have been for many businesses in Wolverhampton South West. As we turn our attention to carefully re-opening our economy, it is right that the Chancellor is doing everything in his power to support, protect and create jobs. Our plan will be a lifeline for countless people and businesses across Wolverhampton South West. I also hope that everyone will answer the call to Eat Out to Help Out. This fantastic new voucher scheme, along with the cut in VAT, is the much-needed lifeline many businesses have been calling for. By levelling up the country, we will give businesses the confidence to retain and hire, create jobs in every region and ensure young people have the opportunity of a better start.”

The Government will soon turn its attention to a third phase – a moment for rebuilding. The Chancellor will produce a Budget and a Spending Review in the autumn.

As a parent, I want to ensure that the world which we pass on to the next generation is greener and more sustainable. Since becoming the Member of Parliament, I have been contacted by many constituents who feel the same way.