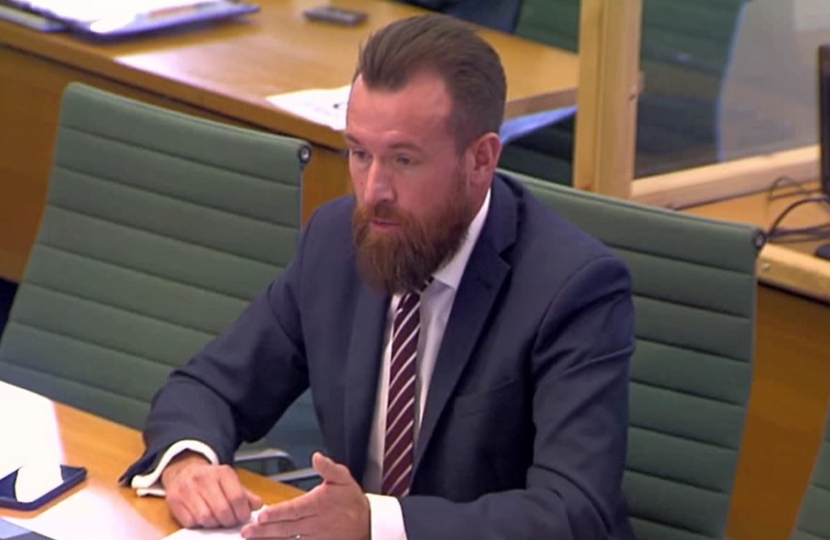 Stuart Anderson MP has welcomed the publication of a new report by the Defence Select Committee. Stuart was appointed to the Committee by other members of the House of Commons shortly after his election as the Member of Parliament for Wolverhampton South West in December 2019. The Defence Select Committee examines the expenditure, administration, and policy of the Ministry of Defence and its associated public bodies.

As part of his work on the Defence Select Committee, Stuart has been working with colleagues on an inquiry into the security of 5G. The inquiry was launched on the 6th of March 2020 and published its report on the 8th of September 2020. The report follows a wide-ranging debate in Parliament, the Government, and the media about the extent to which high-risk vendors (HRVs), in particular Huawei, should be used in the UK’s 5G networks.

First, the Committee finds that there is currently a lack of global rules which regulate international cyber-attacks and that the current system is outdated and unsatisfactory. In response, the report recommends that the Government works with its key allies to formulate a system that can provide more accountability. It also recommends the formation of a D10 alliance consisting of the world’s largest democracies to provide alternatives.

Finally, the report concludes by stating that the Government must act swiftly to outline a 5G policy as soon as possible. The Committee requests that the Telecoms Security Bill should be introduced before the 31st of December 2020. It also recommends that the Government make provision in the National Security and Investment Bill to give it the power to intervene and stop investments in critical industries should threats or risks be present. Ministers have already committed to a timetable for the removal of Huawei equipment from our 5G network by 2027.

Chair of the Defence Committee, Tobias Ellwood MP, said: “Protecting the public and preserving our nation’s security are amongst the principle responsibilities of Government… We must not surrender our national security for the sake of short-term technological development.” He added that “a new D10 alliance, that unites the world’s ten strongest democracies, would provide a viable alternative foundation to the technological might of authoritarian states, whose true motives are, at times, murky.”

Stuart Anderson MP added: “While many of my constituents welcome the Government’s commitment to roll out 5G and enhance Internet connectivity, I also know that they want this Government to take steps to ensure the Internet is secure and has sufficient safeguards to protect against foreign interference. It is vital for the Government to call out cyber-attacks and for it to continue to work with strategic partners to find a deterrent to counter them.”

As your local Member of Parliament and a proud resident, I want to make sure that Wolverhampton becomes a safer and a cleaner place to live in, work and visit.