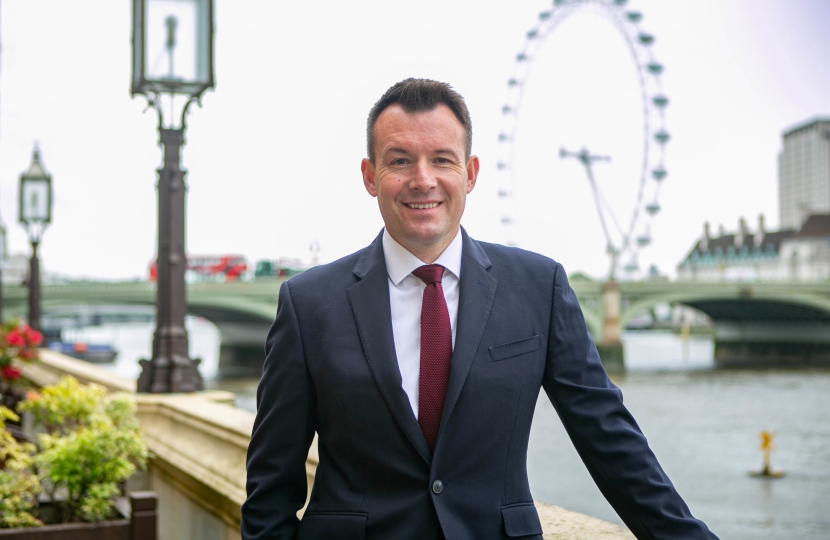 Each week, I am required to spend the first few days in Parliament so that we can deliver on the agenda which the Government was elected to fulfil. As of August 2021, I have taken part in over 90% of votes and I have made more than over 480 appearances. This has included asking Ministers 369 written or oral questions. I have spoken in 75 debates. When I have not been able to attend votes, I have usually been carrying out other important work related to my parliamentary duties.

I have also been actively involved in the development and scrutiny of legislation. As a veteran, I was proud to serve on the Select Committee on the Armed Forces Bill which renewed the legal basis of the Armed Forces and further enshrined in law the Armed Forces Covenant, our commitment as a nation to ensure that those who served our country face no disadvantage when accessing public services such as housing and healthcare. I have held to account the Government and other bodies through my work on the Defence Select Committee. We have produced a series of high-profile reports which have influenced government policy on its approach towards, for example, veteran welfare and the treatment of women in the Armed Forces.

In the main Chamber of the House, I have mentioned Wolverhampton more than a hundred times – championing the issues that matter to local people when it comes to our economic recovery from COVID-19, protecting our greenbelt and wider environment, and speaking up for local people and businesses. Beyond the main Chamber, I am co-chair of the All-Party Parliamentary Group (APPG) for Reserves and Cadets and Vice-Chair of the APPGs on the Armed Forces Covenant and Black Country Economy.

Below, you can read my contributions in Parliament from Hansard, the official record of parliamentary proceedings (feed provided by theyworkforyou):

To ask the Secretary of State for Business, Energy and Industrial Strategy, what steps his Department is taking to support the growth and

As a veteran who served in Op Banner, I welcome any legislation that comes forward on this issue.

To ask the Secretary of State for Justice, what steps his Department is taking to ensure equitable access to legal aid.

I fought in bloody conflicts in Europe.

I fought in bloody conflicts in Europe.

To ask the Secretary of State for Health and Social Care, what steps he is taking to help increase the number of new doctors who choose t

To ask the Secretary of State for Defence, what steps his Department is taking to support cadet units in (a) state schools and (b) wider

To ask the Secretary of State for Foreign, Commonwealth and Development Affairs, what steps the Government is taking to promote trade acr

To ask the Secretary of State for the Home Department, what steps her Department is taking to help ensure that local authorities have ade