MP's Update: A Year in Review 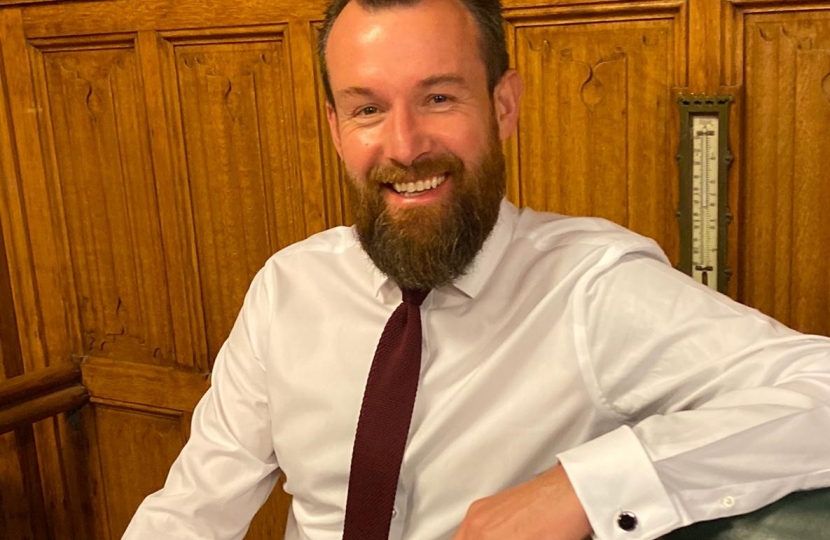 One year ago, an enormous honour was bestowed upon me: I was elected as the Member of Parliament for Wolverhampton South West. I was adopted as the local candidate in 2018 and then spent a year campaigning and getting to know our community before being elected at the early general election in December 2019. When I first stood for election, I did not predict the kind of situation which we have been facing this year. I love Wolverhampton and my family have made it our home. I have been moved by the warmth and generosity that our local people have been showing each other during this time.

I have been spending as much time as possible this year in Wolverhampton. While the outbreak of Coronavirus meant that I could not get out and about as much as I would have, I have still held regular telephone surgeries and online meetings with constituents. I have been following their cases up with ministerial colleagues in Government and other relevant authorities.

I have also made many socially distanced site visits and I have taken the opportunity to catch-up with many of our local businesses and faith communities – including a special visit with the Conservative Party Chairman to Bilal Mosque earlier this year. I have been working with our key partners in local government, health, and education on plans to ensure that our great city can emerge from this virus as strong as possible and that we can level up opportunities in every area. I remain committed to doing so, both now and in the years that are ahead.

This year, I am pleased to have been able to make a case for investment in Wolverhampton and we have so far seen over £500 million Government funding into our community. It is being spent on important issues such as tackling homelessness, upgrading schools and colleges, supporting hospitals, and helping economic regeneration in our city centres and on our high streets. My office and I have responded to nearly 8,000 individual cases and 20,000 emails. We try to help as much as possible. It is sometimes the case that a referral is made to external support agencies such as the City Council, Home Office, or Citizen’s Advice. These are often best placed to offer bespoke support and advice and help in accessing legal representation.

This Autumn, I carried out my own ‘Stuart’s Community Conversations’ survey. I received a significant number of insightful comments and feedback on a range of policy areas, and I will shortly be sharing the results of this. I am grateful to everyone who took the time to complete this survey – and to all of those who have contacted me personally with casework or policy queries. I have listened to the views of local people, and this has helped me better represent our community in Westminster.

In the House of Commons, I have asked Ministers questions on the floor of the House of Commons, I have lodged over a hundred written questions – often based on issues constituents that have raised with me – and I have spoken in a range of debates, from praising the fantastic work that is undertaken by local businesses to championing the well-being of our veterans who proudly served in some of the most dangerous conditions. I have also worked with MPs across political divides on groups set up to raise the profile of the Black Country and celebrate the contribution made by British Sikhs. I continue to serve on the Defence Select Committee, and I have been involved in drafting legislation – such as the Commonwealth Games Bill – which will be staged in our region in just over a year and a half’s time, with the time trial race taking place in our very own West Park.

This year has been like none other, and Coronavirus has presented a number of unexpected challenges. My office and I remain here and ready to help all constituents. For example, we have secured more than £1 million from the Government's Culture Recovery Fund for six venues in our constituency in Wolverhampton, such as theatres and art museums.

I continue to seek ways in which I can better engage constituents so that I can improve even further the work that I do in Parliament and at home in Wolverhampton – especially young people who are the leaders of the future and achieving great things right now. Having suffered from poor mental health in the past, I am keen to work on this issue and I was pleased to share my guide to mental health on World Mental Health Day in October. In November, we marked Parliament Week and I was proud to see so many engage with this. I recently run a Christmas card competition among young people, and I was delighted to see the chosen design on my official Christmas card which was sent to hundreds of key partners, including the Prime Minister Boris Johnson MP himself. I am keen to strengthen this level of engagement and I look forward to sharing more details with you in the new year. For now, I would like to wish everyone a great Christmas and a happy new year.