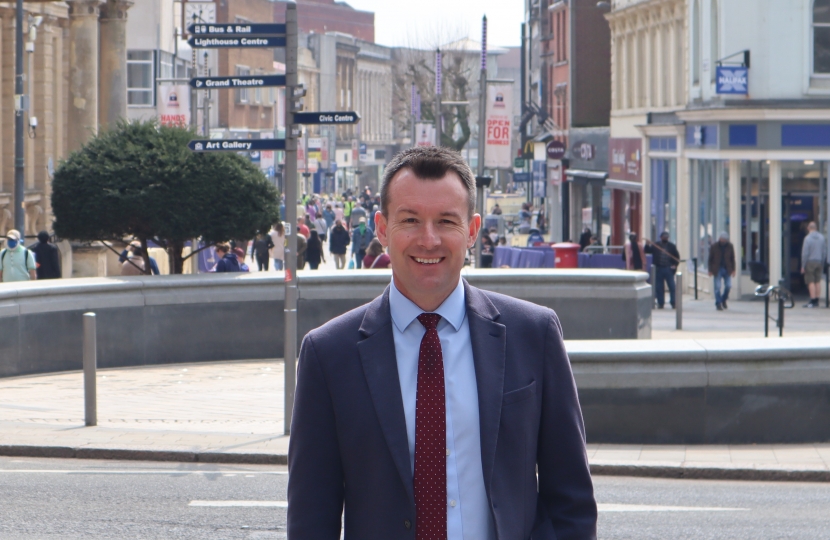 Stuart Anderson MP has backed the Government’s crime beating plan. The plan sets out the Government’s strategy for reducing crime in line with its ambition to level up the country. It will see new initiatives introduced to tackle crime and deliver more local funding for police forces.

The Government’s plan combines prevention, deterrence, and enforcement to give everyone the security and confidence that they deserve. It comes as official figures show that the West Midlands was the only area in the country to see a rise in overall crime last year. The number of burglaries, thefts, and robberies have fallen, but other types of crime have radically risen. Violent crimes have risen by almost a third.

Stuart has now welcomed an extra £2 million for the West Midlands Police to support young people at risk of serious violence, including access to specialist support and trained youth workers at crisis points. In addition, the Plan sets out national investment of over £45 million in specialist teams in schools and Alternative Provision in serious violence hotspots to support young people to re-engage in education.

Stuart has also praised other initiatives in the plan. This includes programmes to provide every person in England and Wales with access to the contact details of neighbourhood police officers, allow the public to access a range of police services in one online platform, develop a league table of 999  and 101 calls, and ask the police to regularly report on how officers are deployed and what their results are.

Alongside this, Stuart has backed the Government’s commitment to recruit 20,000 extra police officers by March 2023 – the biggest police recruitment drive in decades. As of the 28th of July, an extra 740 police officers have been recruited in the West Midlands since September 2019, bringing the region’s number of police officers to 7,431. Outside of London, the West Midlands has received the largest number of recruits. In total, an extra 9,814 police officers have been recruited across all 43 police forces in England and Wales, bringing the total number of police officers in England and Wales up to 138,574.
The Government is now investing £415 million to recruit a further 6,000 additional officers by the end of March 2022, the second year of the Police Uplift Programme. Women now make up more than four in ten of all new recruits and over one in ten new recruits are from an ethnic minority background.

Stuart Anderson MP said: “I am delighted that the West Midlands Police has been allocated an additional £2 million to undertake vital crime prevention work with young people and has, apart from London, received the largest number of recruits. In my safer neighbourhoods’ survey, more than half of respondents told me that they believe that the police are ‘extremely invisible’ in our community. I want to see Wolverhampton get its fair share of this extra funding so that our local police officers are given the additional resources that they need to crack down on crime and keep our communities safe.”