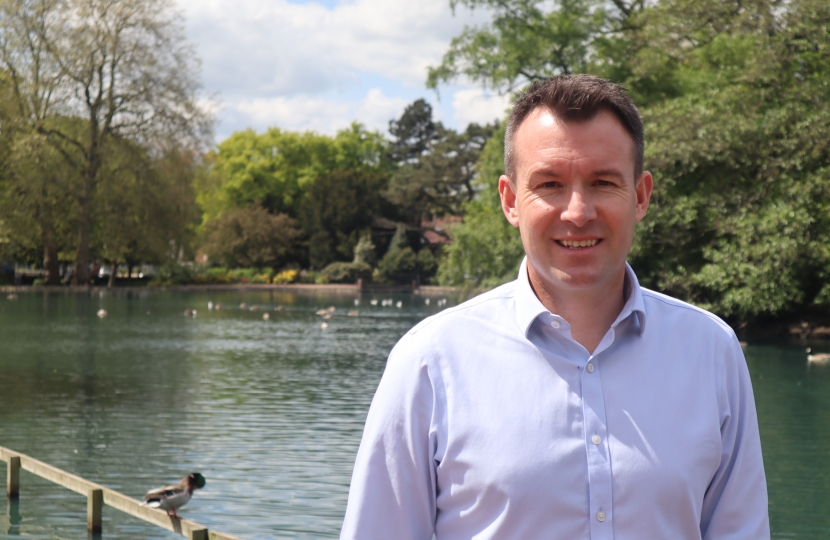 It follows the closure, in 2019, of one of the city’s only sensory centres. The Old Fallings Adventure Playground played host to thousands of children from all over the city - including many from Stuart’s own constituency of Wolverhampton South West. Many visitors were from deprived areas or had complex needs. The City of Wolverhampton Council declared the site as “surplus to the Council’s requirements.”

Now, Stuart has written to the Secretary of State for Housing, Communities and Local Government, the Rt. Hon. Robert Jenrick MP to ask that more emphasis is placed on the need for sensory play facilities when it comes to planning for the future. As part of its planning reforms, the Government is looking to set up a new infrastructure levy to deliver fairer contributions from developers so that communities get the right infrastructure and more affordable housing is built.

The levy would look to build on the work achieved through Section 106 of the Town and Country Planning Act 1990 where developers contribute towards the costs of community and social infrastructure required by new housing developments, such as new roads and transport, as well as sports, medical, and educational facilities. The Government has outlined its intention to consolidate the system of planning obligations through a reformed, extended ‘Infrastructure Levy’ that would make it more responsive to local needs and raise more revenue than under the current system of developer contributions.

The Government wants to enhance community engagement around how these funds are used, for example, via digital means. In its White Paper, the Government has left scope for more flexibility around spending. Stuart has asked for sensory playgrounds to be included as an option to be agreed on under arrangements made via the new infrastructure levy. It comes as official data from Sport England show that activity levels among children have declined significantly during the outbreak of COVID-19, with one in three completing less than half an hour's exercise a day.

Stuart has also campaigned for greater support for families that require access to sensory equipment, having submitted a formal parliamentary question in January. In response, the Government announced that it is providing £40.8 million for the Family Fund this year to support over 85,000 families on low incomes raising children with disabilities or serious illnesses. This includes £13.5 million to specifically address needs arising from the COVID-19 outbreak. These grants can be used to purchase a range of things including sensory toys and equipment. Further information can be found here: www.familyfund.org.uk/sensory-items.

Stuart Anderson MP said: “As someone who is passionate about health and fitness, I am keen to support positive community development which delivers better access to sports facilities. I have called on the Government to ensure that more emphasis is placed on the need for sensory play facilities when it comes to planning for the future. I believe that wider recognition of the need for sensory play facilities would enable us to build more inclusive communities where access to sport and physical activity is further improved and where such facilities can be accessed by all closer to where they live.”