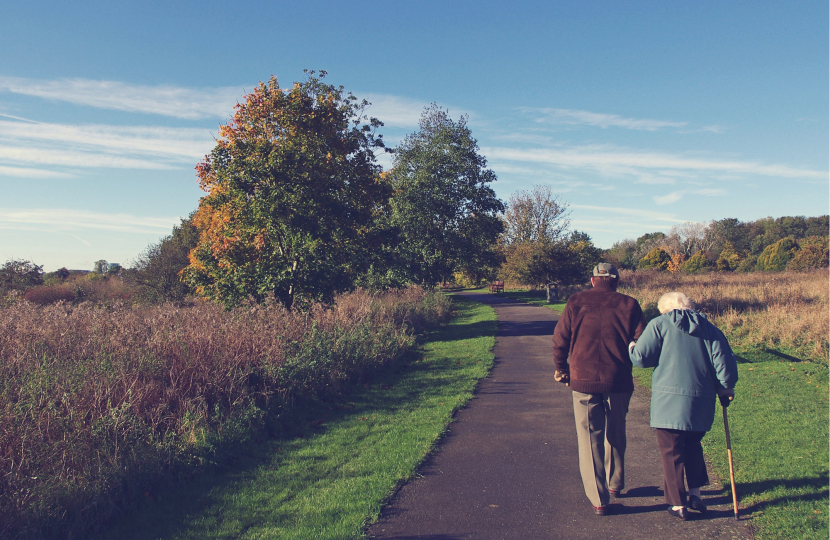 Stuart Anderson MP is encouraging eligible pensioners in his constituency to apply for Pension Credit. While there are already around 2,250 claimants in Stuart’s own constituency of Wolverhampton South West, more people are thought to be eligible for the support which is worth an average of £3,300 a year. The Government has driven take-up of Pension Credit to the highest level since 2010. Over the twelve months to December 2021, the number of claimants increased by around 30 per cent. It now wants to do even more to reach the 85,000 people who could still benefit but have not yet applied for the help.

Around 1.4 million pensioners across Great Britain receive around £5 billion annually in Pension Credit, which tops up retirement income and acts as a passport to other financial help, such as support with housing costs, council tax, heating bills, and a free TV licence for those aged 75 plus. Around a quarter of people who could claim the extra help do not currently do so. In Parliament, Stuart called on Ministers to encourage as many people as are eligible to apply for Pension Credit. He is pleased that the Pensions Minister, Guy Opperman, is sending leaflets to 11 million pensioners, has updated the online Pension Credit toolkit (www.gov.uk/government/publications/pension-credit-toolkit) to better help older people understand how they could get Pension Credit, and has launched an online claim service to supplement the existing telephone and postal claim services (www.gov.uk/pension-credit). Stuart has welcomed the online service, which now enables pensioners to apply for Pension Credit at a time that best suits them.

The campaign to boost the take up of Pension Credit is part of a wider package of support for households with the cost of living as economies around the world adopt to a resurgent demand for goods and supply chain constraints caused by the pandemic. Stuart has also welcomed the largest ever increase to the National Living Wage, putting £1,000 a year more into full-time workers’ pay packets. Over 250,000 full-time workers across the West Midlands have received a pay rise, as the National Minimum Wage and National Living Wage increased on the 1st of April. Stuart welcomed the uplift, which contributes to wider Government support worth £22 billion. Stuart has published a full list of support on his website: www.stuartanderson.org.uk/support-individuals.

Stuart Anderson MP said: “I recognise the pressure that recent international events have put on household budgets. While these are global challenges, I welcome the Government’s action to support households with a package of more than £22 billion. I also welcome efforts to unlock further financial assistance by promoting Pension Credit, which provides a vital boost to income retirement for many of the most vulnerable pensioners worth over £3,300 on average. Although the take up of Pension Credit is now at the highest level since 2010, I am clear that there is still more to do to reach those who are eligible for but do not currently claim this valuable support. I also welcome the unprecedented uplift in the Living Wage, which is delivering an extra £1,000 a year into the pockets of millions of hard-working people.”

When businesses thrive, so does our economy. Wolverhampton has been left behind for many decades. This is now starting to change - with unprecedented levels of investment received to level up opportunities and unleash our fantastic city’s potential.

The last few years have been unprecedented – from a global pandemic to Putin’s invasion of Ukraine.