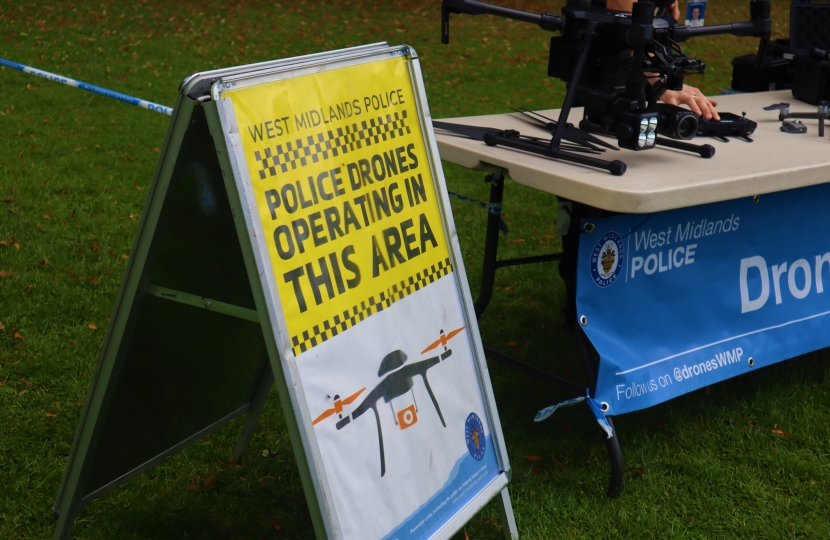 Stuart Anderson MP has welcomed Government plans to provide extra funding for local police forces to cut crime and deliver safer streets for all. Earlier in the year, Stuart called on the Government to back the police with the resources they need to keep our citizens safe. He is pleased that the Government is proposing to provide the police with up to £1.1 billion extra as part of the provisional funding settlement.

The news comes as latest figures show that 867 police officers have been recruited in the region as part of the Government’s pledge to put 20,000 more officers on the streets. Since the recruitment drive was launched in 2019, an additional 11,053 officers have been recruited across England and Wales. It has helped to remove 16,000 knives and dangerous weapons from the streets and tackle the scourge of drugs with the closure of over 1,500 county lines. The Government has now announced an extra £540 million by 2024-25 to complete the recruitment of the final 8,000 officers, taking the total to 148,000 officers by 2023. This will be a 16% increase compared to 2019, with around 75% being based outside London.

Stuart has also welcomed the launch of a review of the funding formula for policing. He has called on the Government to open the public consultation as soon as possible to inform the decisions that will be made. In addition, the West Midlands Police recently received £549,515.00 from the third round of the Safer Streets Fund for local projects aimed at increasing the safety of public spaces for all, with a particular focus on tackling violence against women and girls. The Safer Streets Fund is just one of the ways in which the Government is working to tackle violence against women and girls. In August, the Government published its Tackling Violence Against Women and Girls Strategy, which commits to radically changing how we stop violence and abuse using a whole system approach, focused on long term change alongside immediate practical action to improve women’s physical safety in public spaces.

Stuart Anderson MP said: “As a local Member of Parliament and a proud resident of Wolverhampton, I want to make sure our city becomes a safer place to live in, work and visit. I want people everywhere to feel secure in their communities and to be able to live their lives free from the threat of crime. Our region is seeing the largest uplift in funding as well as number of new recruits outside of London. I am pleased that the Government has dedicated even more funding to continuing this recruitment drive.”