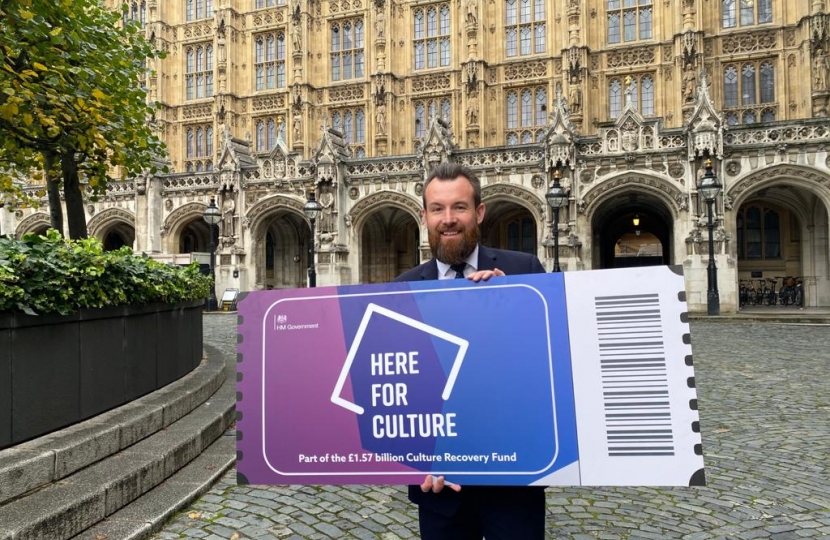 Stuart Anderson MP is delighted that Wolverhampton's very own Grand Theatre has been allocated more than £1 million from the Government's Culture Recovery Fund. The Grand Theatre got in touch with Stuart earlier in the year to raise concerns about their future after the impact of the Coronavirus had taken a toll on their income and meant that the Theatre's pantomime had to be postponed. Stuart visited the Theatre to meet with its Chief Executive Adrian Jackson and raised the case directly with Government Ministers. Stuart had been working with the Grand to secure this funding ever since.

Upon learning that the Grand Theatre had been given a grant in the larger scheme run by the Arts Council, Stuart Anderson MP said: “I am delighted that Wolverhampton’s very own Grand Theatre has been allocated more than £1 million from the Government’s Culture Recovery Fund. The Grand has been proudly serving our community for many years, and I have seen first-hand the positive impact that it has in our community. I have been working with the Theatre, Government Ministers, and the Arts Council to secure this funding and it will enable the Grand to continue doing what it does best - unlocking potential and transforming lives.”

Stuart Anderson MP raised the matter with Ministers from the Department for Digital, Culture, Media and Sport in a question in the House of Commons on the 7th of July 2020. It was confirmed that the focus of the Government's £1.57 billion Culture Recovery Fund would be on "getting it to cultural organisations up and down the country."

This is the third round of funding from the Government. On the 24th of October 2020, the Government confirmed that Wolverhampton Grand Theatre was one of 35 of the country’s leading cultural organisations and venues to be the first that receives grants between £1 and £3 million from the Government’s £1.57 billion Culture Recovery Fund.

For Wolverhampton Grand Theatre, the £1,187,530 which it has been allocated will help to keep skilled staff locally and ensure the Theatre can remain active and prepare for re-opening. The 125-year-old Grade II listed Victorian theatre welcomes thousands of people either as an audience member to experience touring productions including West End shows and also has an in-house education programme and outreach activities which work with local people and creative freelance artists. The stage played host to actors including Sean Connery and Kenneth More who both performed early in their careers. Find further information online at https://www.gov.uk/government/news/75-million-for-iconic-arts-venues-an… 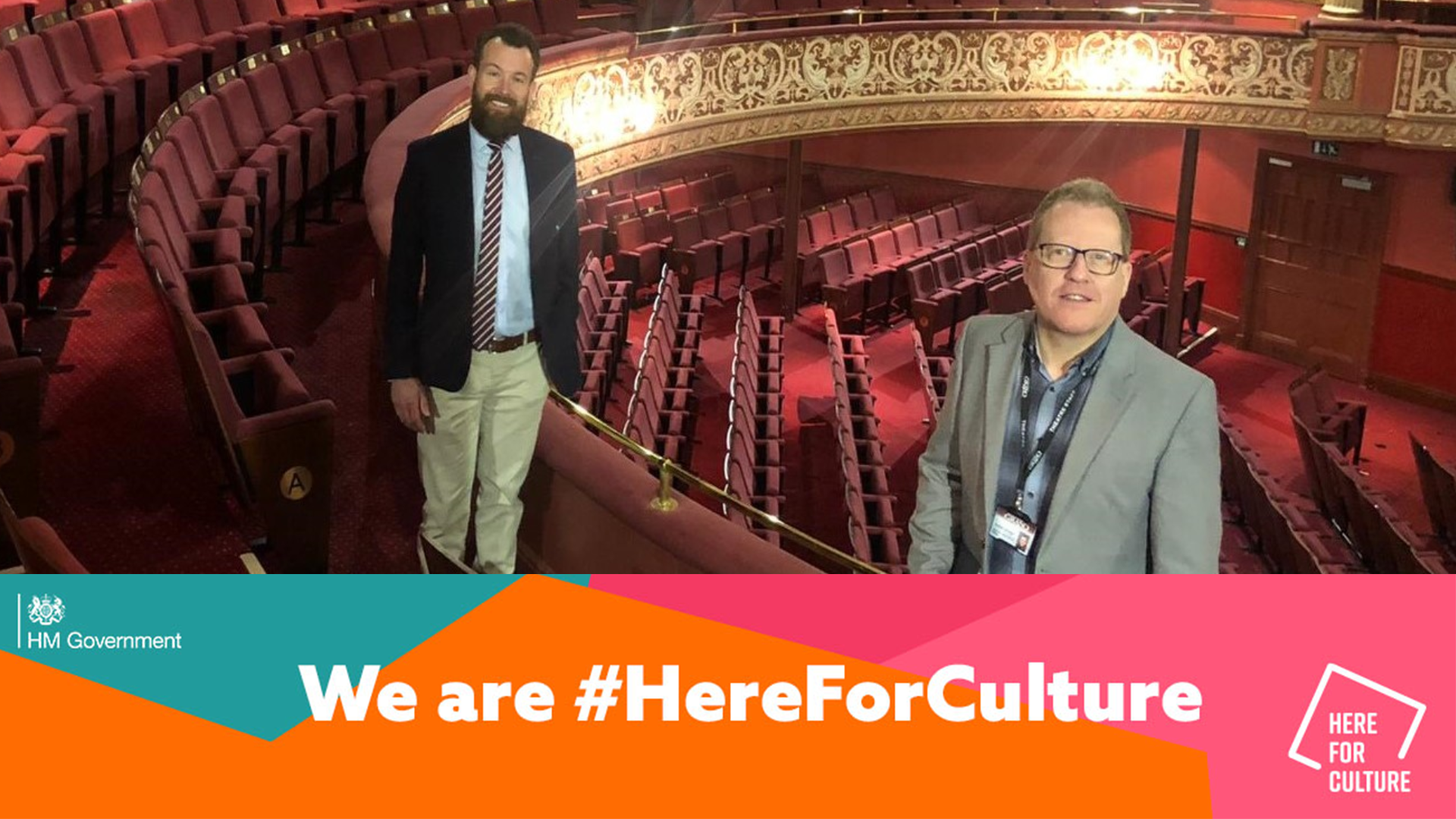 Newhampton Arts Centre and the Arena Theatre have also been allocated £145,151 as part of the first round of the Government’s £1.57 billion Culture Recovery Fund.  In total, more than 1,300 arts and cultural organisations across England are to receive a share of £257 million as part of a vital financial boost from the Government’s £1.57 billion Culture Recovery Fund.

The investment will help 1,385 theatres, galleries, performance groups, arts organisations, museums, and local venues across England which are facing the challenges of the outbreak of Coronavirus and ensure that they have a sustainable future. It is the biggest tranche of funding distributed to date from the Culture Recovery Fund which is being implemented by the Arts Council England (ACE). These recipients are those that applied for grants of under £1 million in the first round of the Culture Recovery Fund. 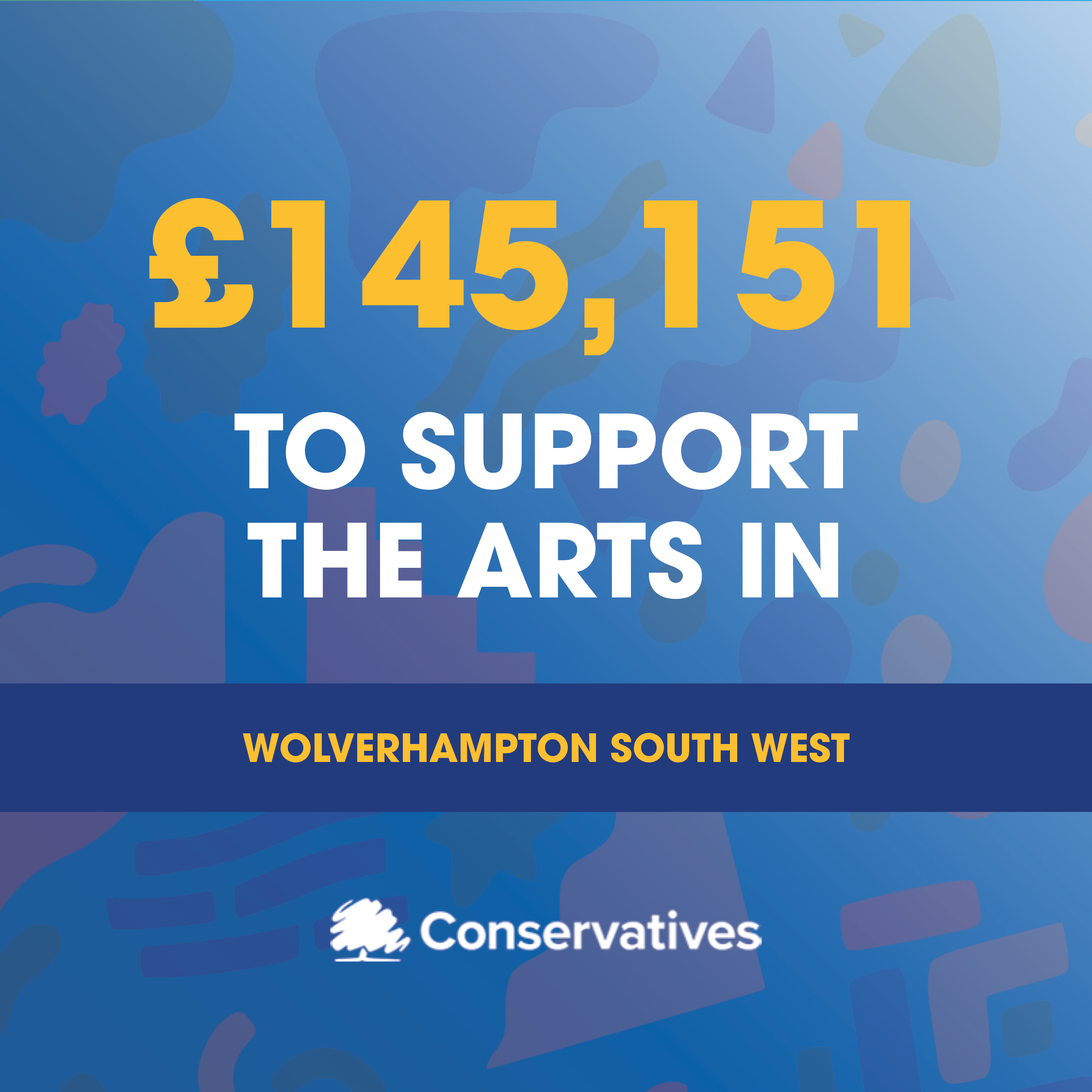 For Wolverhampton South West, this has so far included:

The £1.57 billion Cultural Recovery Fund builds on unprecedented support from the government and its arm’s length bodies for the culture sectors. This includes the Job Retention Scheme; a years' business rates holiday for leisure businesses and the Bounce Back Loans scheme. This is in addition to £104 million of emergency funding already distributed by Arts Council England to organisations and individuals, and £96 million currently available to support the arts and freelancers, through programmes like National Lottery Project Grants and Developing Your Creative Practice.

Culture Secretary Oliver Dowden said: “This funding is a vital boost for the theatres, music venues, museums and cultural organisations that form the soul of our nation. It will protect these special places, save jobs and help the culture sector’s recovery. These places and projects are cultural beacons the length and breadth of the country… This unprecedented investment in the arts is proof this government is here for culture, with further support to come in the days and weeks ahead so that the culture sector can bounce back strongly.”

Stuart Anderson MP said: “I love Wolverhampton and our great city has a huge heritage in arts and culture that are all rightly proud of. This first round of funding will help local venues to weather the financial impact of Coronavirus. I am delighted that the bids submitted by Newhampton Arts Centre and the Arena Theatre in Wolverhampton have been successful. These places are cherished by our local community and the funds will go a long way to secure their future. I will continue to work with local venues, the Government, and relevant bodies as more funding is allocated for venues in this important sector.”

Sir Nicholas Serota, Chair, Arts Council England, said: “Theatres, museums, galleries, dance companies and music venues bring joy to people and life to our cities, towns and villages. This is a difficult time for us all, but this first round of funding from the Culture Recovery Fund will help sustain hundreds of cultural spaces and organisations that are loved and admired by local communities and international audiences. Further funding will be announced later in the month and we are working hard to support creative organisations and individuals during these challenging times."