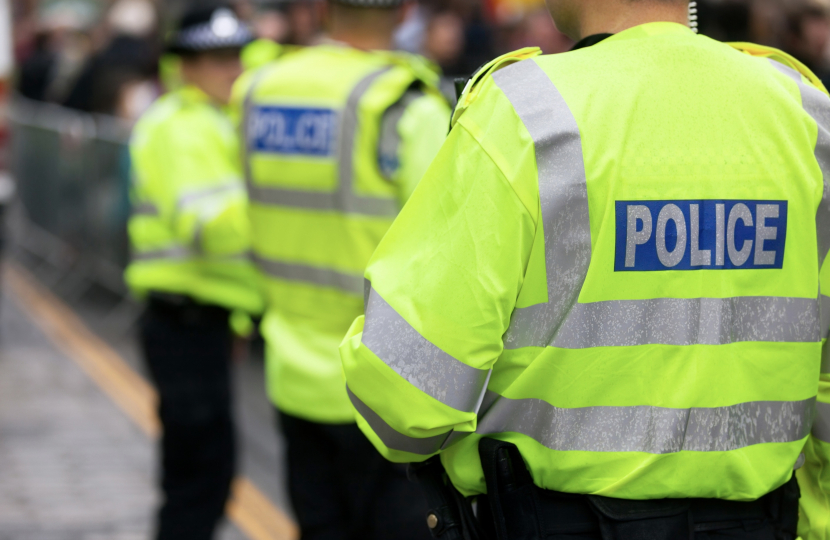 Stuart Anderson MP is delighted that an extra 1,017 police officers have now been recruited across the West Midlands. The region has seen the largest uplift in police numbers outside of London and is now served by 7,708 officers. The boost in police numbers is part of the Government’s pledge to put 20,000 more officers on the streets by March 2023. Since the recruitment drive was launched in 2019, the 43 police forces across England and Wales have now received an extra 13,576 police officers, putting the Government firmly on track to deliver on a key manifesto commitment - with 68 per cent of the target having now been met and having a tangible impact in tackling crime and keeping communities safe from harm.

Stuart welcomed the latest figures, which were published on the 27th of April 2022. Stuart is delighted that they also show that the police force is now more representative of communities that they serve. Since April 2020, more than four in ten new recruits (42.4%) were female and 11.7% identified as ethnic minorities. Stuart has said that this, the biggest police recruitment drive in decades, will help to ensure that the police can be more present in local communities and more responsive to local policing priorities.

Earlier in the month, it was also confirmed that the West Midlands has been allocated almost £9 million for its Violence Reduction Unit to tackle the most devastating types of crime such as knife crime, gun crime, and homicide. The Government has also boosted national police funding to a record £15.8 billion, and, following a written question tabled by Stuart, Ministers have confirmed that a review of the funding formula is underway to level up access to resources across the country. This year, funding available to the West Midlands Police has increased by up to £39.4 million compared to 2021/22 to £694.9 million.

The Government has delivered £70 million through its Safer Streets Fund to support initiatives to reduce crime in areas disproportionately and persistently impacted by crime and prevent it from happening in the first place. Stuart has been a vocal advocate of the Safer Streets Fund and has welcomed Government plans to invest £50 million in its continuation over the next three years to enable local leaders to invest in well evidenced, physical crime prevention measures, such as improved street lighting and CCTV.

Stuart Anderson MP said: “I want people everywhere to feel secure in their communities and to be able to live their lives free from the threat of crime. That’s why I am delighted that the West Midlands has received the largest uplift in the number of new police officers outside London. Our region’s extra thousand officers are getting out on our streets, helping to cut crime and protect our communities. The additional £39 million available to the West Midlands Police this year means that we can better reduce crime, protect victims, and make our region an even safer place for everyone to live in, work, and visit.”