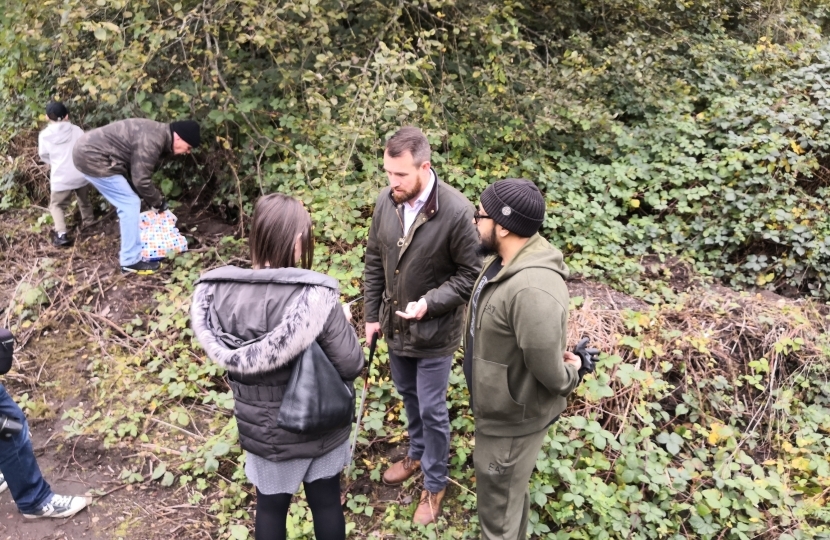 As a local Member of Parliament, Stuart joined campaigners when it was first announced that the City of Wolverhampton Council would be spending £1 million on developing a transit site in land off Gorsebrook Road. Campaigners voiced concerns that the site would not be good for either the travellers nor the local community. Stuart has since supported the Government’s work to seek solutions to problems often caused by unauthorised encampments.

Stuart tabled a formal, written question in Parliament where he asked Ministers in the Home Office to bring forward its legislative proposals as soon as possible. The Government’s response to the consultation was published on the 8th of March 2021, and it includes plans to introduce a criminal offence where a person resides or intends to reside on land without the consent of the occupier of the land, has at least one vehicle with them, causes significant damage, disruption or distress, and does not have reasonable excuse for doing so. In addition, the Government has announced plans to update the Criminal Justice and Public Order Act 1994, including an amendment to increase the period of time in which trespassers can be directed away from designated land and must not return from 3 months to 12 months. 66% of people responding on behalf of local authorities were in favour of the new criminal offence, and 94% supported one or more of the proposed amendments to the Criminal Justice and Public Order Act.

Stuart believes that the proposals would save local authorities including Wolverhampton thousands, if not millions, of pounds in enforcement and alternative provision activity every year. Stuart has now relaunched his call upon the City of Wolverhampton Council to reconsider plans for a transit site in land off Gorsebrook Road. Stuart has said that the £1 million being spent could be better used in the city including creating a nature trail for local families and schools to enjoy. This is part of Stuart’s wider plan to champion the natural environment and enhance access to local green space. To better understand the level of support behind this idea, Stuart set up a poll on his Facebook page. More than 400 people took part in the poll, with over 90% stating they would prefer that the Council invests in a nature trail.

Stuart supports the Government’s response to the consultation, which makes clear that the intention behind the new offence is to deter trespassers from setting up or residing on an unauthorised encampment and to support local action taken to tackle unauthorised encampments where necessary. Stuart wants to ensure that both travelling and settled communities can live harmoniously.

Stuart Anderson MP said: “I am really pleased that the Government has listened to my call to bring forward its proposals on tackling unauthorised encampments and has published its response on the public consultation. The measures proposed would save vast sums of taxpayers’ money and allow councils to invest more in local priorities. I have called upon the City of Wolverhampton Council to rethink its transit site plans and invest some of the £1 million in our city, including a nature trail at the site. I am encouraged that so many local people agree with me on this idea.”