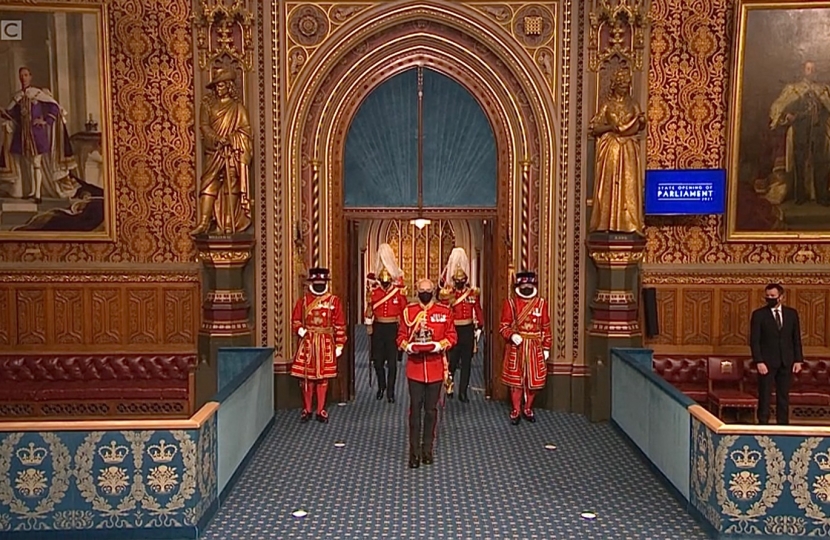 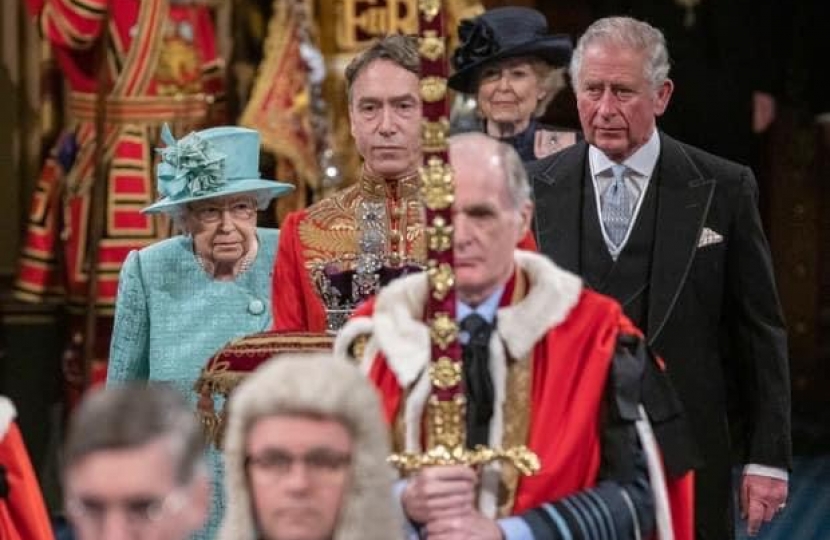 Stuart Anderson MP has welcomed the measures set out in the Queen’s Speech as part of the State Opening of Parliament. It sets a plan to deliver a national recovery from COVID-19 and make the UK stronger, healthier, and more prosperous than before. Stuart had the honour of being one of only 15 MPs selected to be in the Royal Gallery for the event, which took place on Tuesday, the 11th of May 2021.

Stuart welcomed the Government’s proposals to level up employment and training opportunities by enshrining in law the Lifetime Skills Guarantee, a pledge to help people of all ages develop the skills and confidence that they need to find the job that is right for them. Stuart also welcomed plans to better integrate health and social care, having written to the Prime Minister earlier in May to bring proposals forward as soon as possible. Alongside this, the Government has committed to improving healthcare, driving investment in obesity and mental health, issues which Stuart has been championing. The Speech also confirmed measures to reform the asylum system and to improve building safety regulations.

Stuart also welcomed the Government’s commitment to deliver on the Environment Bill, which will set legally binding environmental targets and cement the UK’s leadership on climate change as it prepares to host the international COP26 Summit in November. Other Bills being carried over from the last session of Parliament include the Police, Crime, Sentencing and Courts Bill, which will introduce better protection for emergency workers from assault and help to tackle serious violence. The Armed Forces Bill, which Stuart has scrutinised as a member of the specially convened bill committee, is also being carried over. It will enshrine in law the Armed Forces Covenant, creating a legal duty to ensure that veterans do not suffer disadvantage when accessing public services such as housing and healthcare.

This new session of Parliament is Stuart’s second as an MP. Since he was elected in December 2019, Stuart has helped to pass 44 government bills and supported a number of Private Members’ Bills - such as one which will introduce measures to clean up England’s waterways, including the Graiseley and Smestow brooks in Wolverhampton. Stuart has also voted to enshrine our record NHS funding boost into law, tackle domestic abuse, and establish a framework which will enable us to maximise the potential of the new opportunities that we have as an independent free trading sovereign nation.

Stuart Anderson MP said: “I am delighted with the measures set out in the Queen’s Speech. They will help us to build back better from the outbreak of COVID-19 and level up opportunities across the country. My plan as a local MP surrounds five major themes that constituents have raised with me: to champion health and wellbeing, protect our environment, promote economic opportunities, create a brighter future for young people, and build a safer and cleaner Wolverhampton. The Queen’s Speech addresses each of these areas, and I look forward to supporting the Government as it embarks on this new legislative journey. Just as I did in the last session, I will continue to hold Ministers to account on their commitments to my constituents in Wolverhampton.”

Stuart served in the Defence Select Committee for over 2 years and now serves as a Minister in Her Majesty’s Government as an Assistant Whip.’