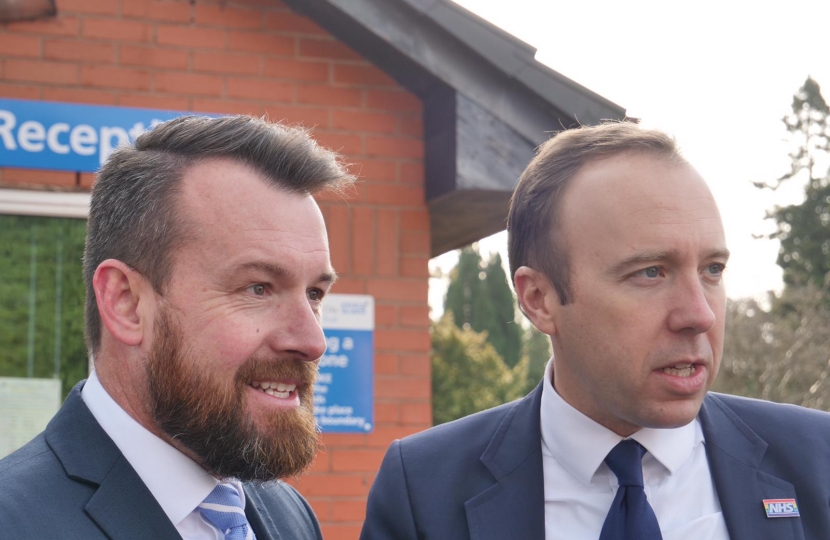 Stuart Anderson MP has welcomed the news that Wolverhampton will benefit from the Government’s latest expansion of Covid-19 testing.

The Prime Minister has announced that 600,000 rapid-turnaround lateral flow tests will be sent out by NHS Test and Trace to local public health leaders this week – including in Wolverhampton.

In total, tests will be issued to over 50 local health directors across England, as part of the next phase of the government’s plan to expand asymptomatic testing for Covid-19. Each area will receive an initial batch of 10,000 rapid tests as part of a new pilot to enable them to start testing priority groups.

As part of this offer, the Health Secretary has written to all upper tier local authority leaders, confirming that all local health directors will be offered a weekly allocation of rapid-turnaround tests, equivalent to 10 per cent of their population, building on existing partnerships between NHS Test and Trace and local leaders.

This innovative new testing technology – which is already being rolled out in Liverpool – can provide results within an hour without needing to be processed in a lab.

Proactively testing asymptomatic individuals will help identify those who unknowingly have the virus and enable those who test positive and their contacts to self-isolate, which can help drive down the R rate locally and save lives.

Commenting, Stuart Anderson MP said:  “Mass testing will play a crucial role in tackling Coronavirus. I had previously written to the Secretary of State for Health and Social Care to request further support for our local public health team, and it is excellent to see the Government deploying these new rapid-turnaround tests which can help identify thousands of people who don’t have symptoms but can still infect others without knowing. I will continue to work with Government Ministers and local leaders on this very important issue.”

Health Secretary Matt Hancock said: “Last week we rolled out mass testing in Liverpool using new, rapid technology so we can detect this virus quicker than ever before, even in people who don’t have symptoms. Mass testing is a vital tool to help us control this virus and get life more normal. I am delighted to say 10,000 of these tests will now be sent out by NHS Test and Trace to over 50 directors of public health as part of our asymptomatic testing strategy. I want to thank all directors of public health for their support and efforts over the past months to help us tackle this virus, bring it under control and get the country back to what we love doing.”

As someone who has been affected by poor mental health, I am working hard to secure better investment for local services that improve our health and wellbeing.