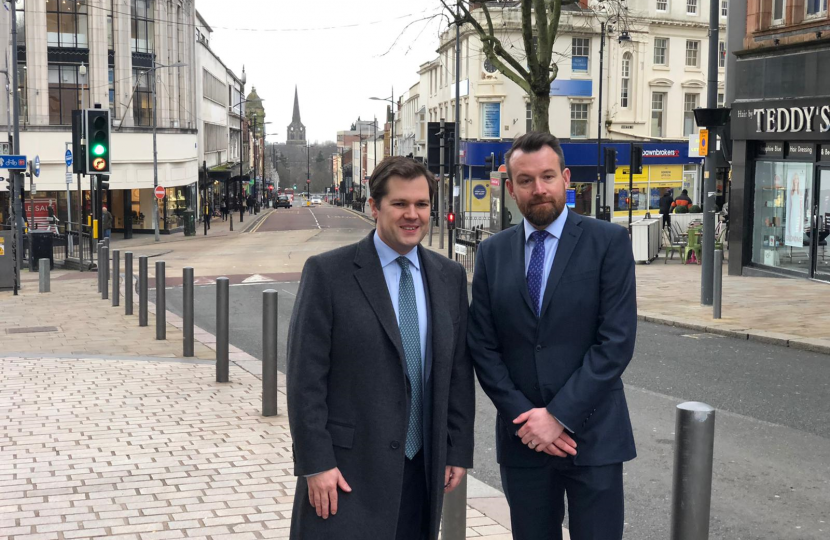 Stuart Anderson MP has welcomed the Provisional Local Government Finance Settlement for 2021/22 which sets out how much councils will have to spend on vital local services. It will see the City of Wolverhampton Council’s budget boosted by up to £11.7 million. The budget will include a £14.3 Improved Better Care Fund, £11.4 million Social Care Grant, £1 million New Homes Bonus, and £500,000 Lower Tier Services Grant. The Settlement also allocates over £2 million to the West Midlands Fire Authority, bringing its core spending power to over £100 million.

In total, local authorities will receive a share of more than £51.2 billion funding – an extra £5 billion compared to this year. The funding consists of a further £1.5 billion to help councils with their ongoing response to Covid-19, an extra £670 million to help families with council tax bills, and £622 million to continue the New Homes Bonus. This is on top of over £7.2 billion additional funding since the outbreak of Coronavirus to protect local council services. Wolverhampton has already received over £36 million additional funding since the outbreak of Covid-19. This includes more than £1 million from the Government's £170 million Covid Winter Grant Scheme, under which councils across England have been provided with extra funding to support vulnerable families with food and essentials over the Christmas period. The other half of this funding will be delivered in 2021 as the scheme runs until the end of March.

The Settlement is open to consultation and constituents can take part at www.gov.uk/government/consultations/provisional-local-government-finance-settlement-2021-to-2022-consultation. The Government will confirm final figures in the new year.

The Government has also announced funding for its second year of a three-year plan to give school budgets the biggest increase in a decade. Every school is set to receive the new minimum of £5,150 per-pupil funding for secondary schools and £4,000 for primaries. It builds on significant support introduced in response to Covid-19 to help the most disadvantaged pupils, including a £1 billion Covid-19 catch up fund. Funding for the pupil premium will be protected and the high needs budget will increase by 10%, bringing it to over £8 billion. £44 million is being invested in early years to increase the hourly rate paid to childcare providers for the Government’s free childcare entitlement offers.

The Government is also looking to increase the budget of West Midlands Police by £35.9 million as part of its work to build safer communities and recruit 20,000 extra officers by 2023. Almost 6,000 additional police officers are already in place.

The furlough scheme has been extended until the end of April 2021, with the Government continuing to contribute 80% towards wages. Businesses will also have until the end of March to access Government generous loan schemes. The Chancellor will deliver a Budget in March that will set out the next phase of the plan to tackle the virus and protect jobs.

Stuart Anderson MP said: “I have been working hard with our local council, schools, and police forces since my election as the Member of Parliament. I have seen first-hand the vital role that they play in our community, and I am delighted that they will see their budgets increased under the Government’s plan to level up opportunities and unlock potential. These funds will help our local leaders make positive change in the area and builds on recent significant investment for local services.”

Local Government Secretary Robert Jenrick said:  “Councils have played a critical role leading their communities during the pandemic and delivering vital local services to vulnerable people and we have supported them with £7.2 billion extra funding to date. That’s why I am announcing a financial package that will provide over £5 billion of extra support next year. This will give councils the resources they need to lead the recovery of their communities while delivering the services that people rely on.”