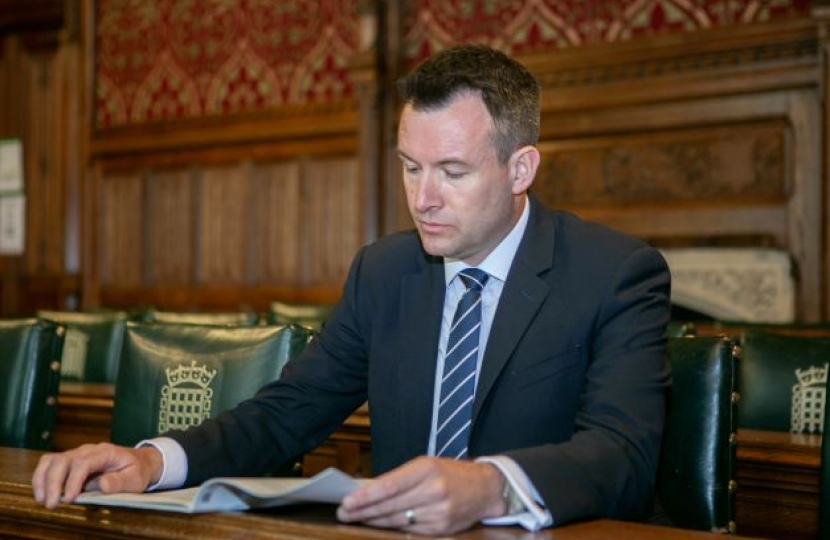 Stuart Anderson MP has welcomed the Government’s announcement that it will develop a new method to record and report cases of suicide in the veteran community. This will enable veteran suicide figures in England and Wales to be recorded for the first time in history. Work is ongoing to explore how this can be expanded across the UK. Earlier in the year, Stuart met with the Secretary of State for Defence, Rt. Hon. Ben Wallace MP, to raise this important issue and campaign for more accurate measurements which can help to better shape interventions that further prevent suicide and enhance veteran welfare.

Stuart was recently sponsored to undertake the world’s toughest mountain race to raise awareness about veteran suicide and support the Elysium Memorial Foundation in their endeavour to build a permanent memorial. Stuart has now welcomed the next step in the Government’s policy to improve the collection and analysis of data on veteran suicide, which is a key commitment in the Strategy for Veterans. The new method will use data from the veteran question in the 2021 Census and match it with data held by the Office for National Statistics (ONS) to produce a national measure of the number of veterans who die by suicide each year. It is expected that the first annual statistics will be published in 2023. In the interim, the Government is conducting a 10-year look-back to inform how many veterans died through suicide and other causes including drug and alcohol misuse as well as the number that died homeless.

Stuart is a vocal campaigner for better services for veterans and their families. Stuart has commended the announcement, which he says will ensure that veterans can be more effectively signposted to support and expand services where they are needed. Stuart is keeping his website updated with veteran support in areas such as childcare, accommodation, and employment at www.stuartanderson.org.uk/support-veterans. In addition, the Government provides dedicated funding via the Armed Forces Covenant Fund Trust, which this year has received an extra £10 million to promote veteran mental health needs.

Stuart Anderson MP said: “As a veteran, I know the hard work, dedication, and sacrifice of our Armed Forces. After my service in the Army, I struggled with poor mental health and have since been campaigning for better support and recognition of veterans, defence personnel, and their families.

Sadly, there are still too many suicides in the Armed Forces community. I am determined to do whatever I can to ensure that all serving and former service personnel have the support they and their families need. It is part of the reason why I undertook the world’s toughest mountain raise – to put a spotlight on this important issue and help raise funds for a permanent memorial to remember those who lost their lives to suicide after active service. This includes some of my closest friends I had the honour to serve our country alongside.

Every suicide is a tragedy, and the publication of more accurate data will enable us to improve our understanding of its prevalence, causes, and the interventions that are needed to prevent deaths and to help those who are struggling access the dedicated support and assistance that they need.”